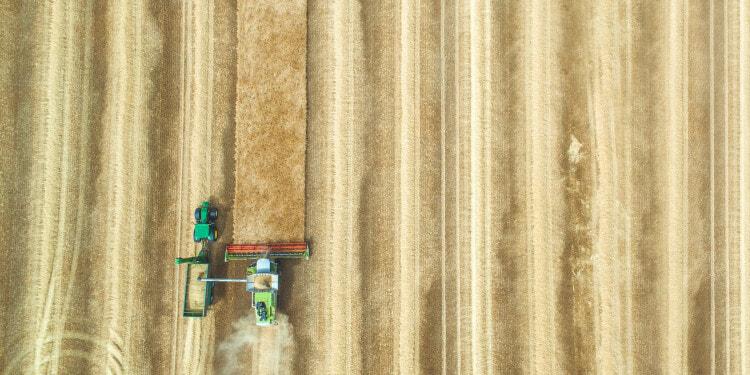 As the Covid crisis made clear, we live in a globalised, deeply interconnected world. That is not a bad thing: it allows us to connect with people from all over the world, and to import goods from all over. But the pandemic has also shone a light on the fragility of the global food supply chain. Not only that, but by examining the food supply chain, we can come to realise many ways in which it is not environmentally friendly, and could be improved to create a more sustainable food system.

After 5 days of intense hackathon, 6 teams are live presenting their solutions to approaches that could make supply chain management in agri-business greener🍀

Check out their solutions & root for your favourite team👇https://t.co/7MmZCV6cQA pic.twitter.com/EVRA2KlUhs

The United Nations Industrial Development Organisation (UNIDO)’s Hackathon looked at many ways to fix this problem. As the final part of its 2021 Learning and Knowledge Development Forum (LKDF), it gave teams a few days to come up with innovative solutions to supply chain and environmental issues in Agri-Business, before presenting them to judges from different environmental and charity organisations. After hearing every team’s pitch the judges were then to decide a winner.

Riccardo Savigliano, Division Chief of Agro-Industries and Skills Development at UNIDO, described the Hackathon as “the most exciting part of the [LKDF] forum of 2021.”

The Pitches – How to Shorten the Food Supply Chain

The pitches covered a range of different issues in supply chains and Agri-Business. One of the most common themes was developing local sustainable food sources and business options. OpenFoodscape, for example, the idea proposed by team 1 explored the idea of supplying food to Hong Kong residents by using food grown in urban areas. In this way, the city could rely mainly on food grown by residents of the city itself. The idea is designed for megacities like Hong Kong, which suffered a severe food shortage during the outbreak of the pandemic in 2020. The idea was for a pilot test in this city, and then the idea could be expanded to cover other megacities across the world.

Team 3 had a similar idea. They noted that while a rising population increases demand for agriculture, unsustainable agriculture causes issues such as soil degradation and deforestation. For this reason, they believed that the digitalisation of agriculture was necessary to increase production in a sustainable way. They suggested the creation of an app called Agri+ that would help to connect farmers, sustainability experts and local consumers in order to promote and increase the amount of local, sustainable food grown and eaten. They emphasised the app’s ability to connect farmers with information from research centres and universities in order to help educate them on sustainable methods of farming.

Related Articles: UNIDO Forum Engages With Pressing Pandemic Questions | UN Opens for the First Time In Person Since the Beginning of the Pandemic | Scaling up Nature-Based Infrastructure for People and Planet

Team 4’s Me2You app also looked at ways to solve supply chain issues, shortening the distance between farmers and consumers. Their approach focused on community building and technology: they noted that shorter supply chains are beneficial for health, climate change, and overall efficiency. Their solution was to design an app that streamlined the delivery of local produce from farmers to customers. This way, they could also minimise the amount of food wasted.

When it came to the implementation of their idea, this team had gone a little further than others. By contacting local farmers, they realised that delivery could be handled by the farmers themselves. They found that in many metropolitan areas farmers already had the means to transport small amounts of food to customers for events such as local fairs. They had also considered the importance of selling this technology to would-be consumers: their marketing strategy was well developed. It involved direct marketing to farmers as well as adverts on social media.

Team 5 took a different approach for their idea “SENTS”. They examined the problem of polluted water in developing countries, which leads to runoff that damages soil quality. Fortunately, there are pre-existing small-scale treatment solutions to this problem. Team 5’s app would allow farmers to connect with each other in order to give greater access to on-farm water storage ponds, helping to supply them with the resources needed for this technology. If the farmers did not have the space or resources for the technology, other farmers could sell water from these systems to them through the app. In doing so, they hoped to reduce water poverty in developing countries, and also make farming more cost-effective.

“Suntastic” looked at the same issue, but focused on the textile industry. Team 6, the proponents of the idea, pointed out that it takes 2,700 litres of water to make just one t-shirt. Once clothes are thrown away, the decomposition process takes more than 200 years to be completed. With the decomposition affecting soil quality and groundwater, this represents a serious threat to the sustainability of the planet.

Team 6’s idea for Suntastic was to create an online platform that could collect, process and recycle textile waste, as well as returning to the consumer and farmers the recycled products. They would support the creation of smart bins stationed across cities. By donating your textiles to one of these smart bins and scanning them with the Suntastic app, you could gain points that could be redeemed to receive gifts such as recycled products. This would give consumers extra incentive to recycle their textiles.

The winning pitch came from team 2 for their idea which they called “EZ Eat”. This was certainly the most unique idea. It was all about scaling down agriculture and water usage. They noted that agriculture takes up around five billion hectares of land globally, and a country on average uses 70% of their available freshwater on agriculture. They suggested combining shipping containers and aquaponics to help solve this issue. The shipping containers, no bigger than the size of a car park, could be filled with aquaponics to grow plants and fish. This would reduce the space needed to grow these food items, as well as reduce water usage. What’s more, as this system would be developed inside shipping containers, it could be easily transported to farmers.

On top of this, they would use an app that could help coordinate the growth of their produce. Their target market was supermarket chains, groceries and Modern Certified Farmers. They estimated that through their technology they could save a staggering 70-80% of clean water and 40-60% of land. Impressively, they also included a detailed revenue model for their business.

Suntastic and Me2You took second and third place respectively, but it was clear that the judges had been impressed by all the ideas. After each pitch, they gave the teams constructive criticism and advice on how to improve or develop their ideas.

Once the winners had been announced, the judges reaffirmed their support for the innovative solutions the teams had come up with. UNIDO coordinator Mattias Larsen said, “it’s been an amazing three days, and with the limited time, you have created great ideas. I hope with your ideas you will create great things.”

Matias Matias, an Education and Advisory Member for the HP Foundation encouraged the teams to “Never stop innovating. You guys are the creators of the future. If you want to predict the future, build it. And you guys are on track.”

UNIDO’s 2021 LKDF Forum has now finished. Each team showed an impressive ability to come up with unique solutions to problems the agri-business supply chain faces. Hopefully the team members will use the skills learnt over the LKDF Hackathon to keep innovating and helping to develop more sustainable solutions to the world’s problems.

Editor’s Note: The opinions expressed here by Impakter.com columnists are their own, not those of Impakter.com. — In the Featured Photo: Bird’s eye view of a combine cutting through the final strip of wheat during the summer Harvest in the UK . Featured Photo Credit: cloudvisual.