The Circle of Life in a Coronavirus World 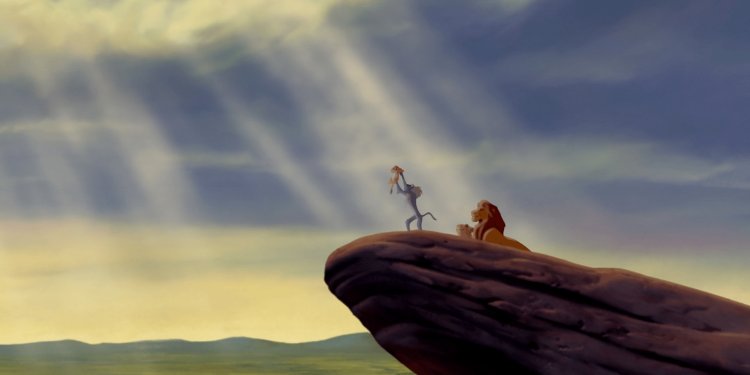 In one of the very first scenes of the 1994 Disney classic The Lion King, we see King Mufasa talking to his son, Simba.

“Everything you see exists together in a delicate balance,” he says. “As king, you need to understand that balance and respect all the creatures, from the crawling ant to the leaping antelope.”

“But, dad, don’t we eat the antelope?” Simba asks in confusion.

“Yes, Simba, but let me explain,” Mufasa begins. “When we die, our bodies become the grass, and the antelope eat the grass. And so we are all connected in the great Circle of Life.”

We Are All Connected

The Circle of Life, as a philosophical concept, means that we start at the end and end in the beginning. Our lives, from beginning to end resemble a complete full circle. No matter how big or small the circle is, it ends in the exact same way for everyone. As of March 2020, we are 7.53 billion people inhabiting this earth, all facing the same challenge of a global pandemic. Human nature, on a daily basis, calls for action. For us humans to have the feeling of accomplishment, we have to leave our natural habitat (our “comfort zone”) and do things that give us some sort of an almost divine satisfaction such as work, university, or even going for a materialistic shopping trip where we exchange possessions.

Human behaviour and our rituals have been drastically amended in such a short period of time that the rich and the poor, the devout and the atheist, the republican and the democrat, the conservative and the liberal, are all required to stay at home. Regardless of our material possessions or beliefs, we are all classified as residents of this planet, and Mother Nature does not discriminate. In spite of all our fundamental differences, as the human race, we are all in the same circle of life. In 2020, it does not matter whether someone’s circle is big or small, as, at the end of the day, their existence is as relative to outside conditions and natural occurrences as the next person’s.

“Historically, pandemics have forced humans to break with the past and imagine their world anew. This one is no different. It is a portal, a gateway between one world and the next”, says Arundhati Roy. Since perhaps a century ago, for the first time, the fate of the whole human race is tied together. Regardless of where we come from, all of our actions affect each other. In such a time where we have ceased to exist for the material pleasures of the earth and instead have switched to survival mode, we are once again reminded that, as Mufasa said, we are all connected in the great circle of life, regardless of social or economic status, race, sexuality, ethnicity or religion.

Related topics: Supporting Rural Businesses and Smallholder Farmers During Coronavirus – Coronavirus and the Rise of China

Mother Nature and The Power Hungry

In The Lion King, when Scar takes over the pride and becomes king, the established balance and structure are broken because of the selfish way he is acting and mismanaging. His selfishness causes the environment to collapse and break down, leading to the pride no longer being self-sustainable. Similarly, President Trump, in his shocking daily speeches on how he is handling the situation, has been stating facts that are later on proven to be untrue, and even going the extra mile to take advantage of the situation to use it as part of his campaign to stay in office. This shows us that as long as those with an undying hunger for power remain in charge, the global decision making will not be in favour of the majority of the human race.

Although it is historically significant enough for the human race to be connected as one, COVID-19 has also brought Mother Nature into this equation. As we all suffer while our existence is severely threatened by one disease, the environment slowly attempts to rid itself of another: us.

Since the beginning of the pandemic, carbon monoxide has gone down by over 50%.

Since the beginning of the pandemic, carbon monoxide has gone down by over 50%. As we stay home and for a brief moment stop abusing the environment and its resources for our personal gains, nature has finally obtained a moment to take a deep, overdue breath. It is important to note that while existing air pollution potentially contributes to the effects of the disease, as life slows down and we move towards a simpler structure, the natural world is also changing drastically.

Paula Koelemeijer, a London-based seismologist, notes that this reduction in pollution is not something to be celebrated long term as it is the result of a deadly disease killing thousands, putting many more into limbo and leading to the potential collapse of some economies. However, she does also say that this situation has presented a bittersweet opportunity for the researchers “to study the modern world under some truly bizarre conditions.” From the water in Venice’s canals turning clear and blue because of the lack of gondolas polluting it daily, to the deer roaming around the Japanese city of Nara, the existing balance of the planet is shifting.

Although we don’t know how this will turn out in the long run, we do know that the previous “normal” will not be restored, as arising from a collective lack of understanding the balance of the earth, the “normal” was the problem.

Editor’s Note: The opinions expressed here by Impakter.com columnists are their own, not those of Impakter.com — In the featured photo: The Circle of Life — Featured Photo Credit: Disney

Mina is an aspiring journalist interested in current global affairs, foreign policy, Turkey and the Middle East. She is a recent King's College London graduate and is starting an MA programme at SOAS upcoming September.