‘Peace Through Music’ (Not Words)

Playing for Change and the United Nations have announced this year’s global music event for the environment, following COP26 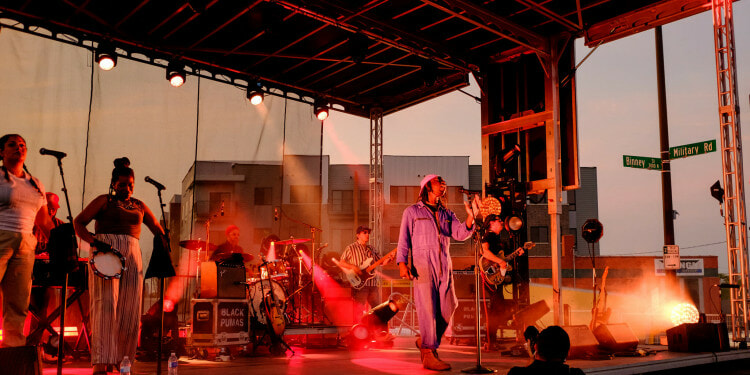 Following the huge success of last year’s Peace Through Music concert, this year’s event will be broadcast on December 15 at 6 p.m. PST / 9 p.m. EST (2 a.m. GMT December 16) on the Playing For Change YouTube channel. Peace Through Music aims to unite the world in taking action for a sustainable future. Over 200 artists from more than 35 countries as well as world leaders and influencers will come together to raise global awareness through the universal language of music and the art of storytelling.

There will be performances by the Black Pumas, Jack Johnson, Rodrigo y Gabrila, Sara Bareilles, Slash, and The Lumineers, amongst many others. There will also be appearances from Sir David Attenborough, Robbie Robertson, and UNFPA’s Dr. Natalia Kanem.

Music can unite people towards a common goal

The UNFPA’s Executive director, Dr. Natalia Kanem, says that “Music has the power to unite, energise and inspire us as we confront these challenges together and work towards a better future.” By a “better future,” Dr. Natalia Kenem is referring to achieving the Sustainable Development Goals (SDGs).

The 17 SDGs are an urgent call to action for all countries. They recognise that ending poverty and strategies for improving health and education globally are intrinsically connected to climate change and protecting the world’s forests and oceans. The goals were adopted by all United Nations Member States in 2015, providing a “shared blueprint for peace and prosperity for people and the planet”.

The saying, “where words fail, music speaks” might be cliché but following COP26 and the “words” spoken by world leaders, the universality of music might just trump words in uniting the world in the battle against climate change. A 2020 study carried out by researchers at Harvard University systematically demonstrates the cross-cultural universality of music.

By analysing acoustic features of human songs from over 315 different cultures, the research demonstrates that it is possible for people to understand its meaning regardless of its cultural background. The study concludes by stating that music “exists in every society (both with and without words), varies more within than between societies, regularly supports certain types of behaviour, and has acoustic features that are systematically related to the goals and responses of singers and listeners.”

This means that music can transcend boundaries between cultures and societies, building shared understanding and bringing people together to work towards a common goal, such as tackling climate change.

A recent study conducted by @Harvard shows music to be a universal language, carrying certain patterns that are understood by all cultures.https://t.co/nCNDr0lDU1 pic.twitter.com/QJDefqVI1E

Countries with fewest resources and opportunities are on the frontline of the environmental impact of climate change. As Dr. Kanem says, “climate change multiplies existing inequalities and vulnerabilities, disrupts access to life-saving health services and limits people’s ability to exercise their fundamental rights and choices.”

Net proceeds from the “Peace Through Music” event will go to organisations prioritising solutions that facilitate environmental justice and sustainability, including Conservation International, American Rivers, World Wildlife Fund, REVERB, and the Playing For Change Foundation. Some of the funds will also go towards educational programmes for young people, led by the Playing For Change Foundation with the support of UNFPA.

Related Articles: Peacefire – An Interview with Tom Erba | The Launch of ‘Green Music’ at COP26

Mark Johnson, the Co-Founder of Playing For Change, says that “through music, we eliminate boundaries, hierarchy, and status. Through stories and ideas, we learn from our Indigenous ancestors how to listen to the rhythm of our planet.”

The event will offer a voice to groups of people who have been side-lined in recent climate discussions. Nigerian percussionist and recording artist, Sikiru Adepoju, will perform a selection of traditional African songs while Senegalese singer Baamba Maal will perform fusions of traditional West African spirituals and pop songs. Both artists will be representing a culture that is already suffering first-hand from the environmental impact of climate change.

Music can act as a vehicle of agency to those who do not have enough opportunities to sound their voices in climate debates. The “Peace Through Music” event is said to attract virtual audiences worldwide, offering a platform for many voices to be heard whilst raising funds for organisations that can protect those suffering the most from climate-related disasters.

Stay tuned to find out more.

When Art Clashes with Politics: China’s Dissident Artists On A Roll 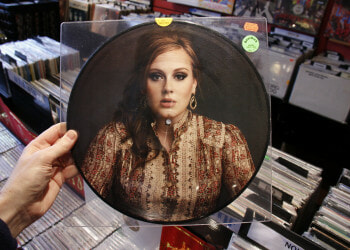 Artistic Agency in the Digital Space: Adele Gets Spotify to Remove Shuffle Button 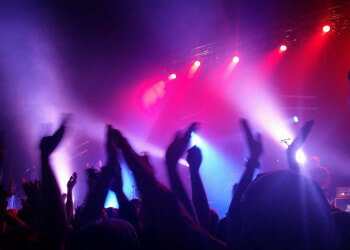 The Launch of ‘Green Music’ at COP26 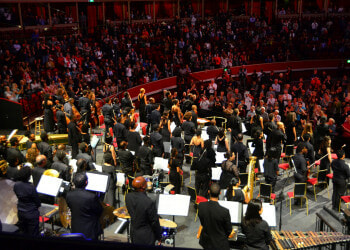