Oil Spills in the Gulf of Mexico After Hurricane Ida Hits

Fossil Fuels, Climate Change and Natural Disasters Feed into Each Other in a Deadly Cycle 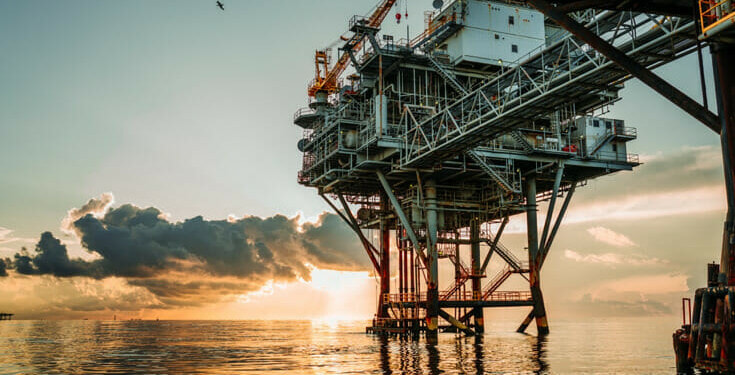 Hurricane Ida, the second-most damaging hurricane to ever hit the state of Louisiana, made landfall last Sunday and continues to wreak havoc. The tropical cyclone has claimed over 70 lives across America and, with winds that are equivalent to an EF3 torpedo, it has torn roofs off steel buildings and left shipping containers and trucks crumpled up in piles.

Like previous hurricanes, Ida made its way through the centre of the oil industry in the Gulf of Mexico. Hurricanes Katrina and Rita left dozens of major oil spills and thousands of small spills in their wake when they tore through in 2005 and Ida seems to be no different. Recent satellite pictures from the National Oceanic and Atmospheric Administration (NOAA) show oil slick spreading through the Gulf of Mexico.

After investigation, it appears the 14-mile ongoing oil spill is a result of a one-foot in diameter pipeline that has been displaced and broken open from a trench on the seafloor. The damage is unfortunately unsurprising as Port Fourchon, a primary service hub for many offshore oil and gas rigs, was hit directly by the storm and left devastated with sunken vessels and collapsed structures. 90% of the oil and gas production in the Gulf currently uses the port for oil terminals and pipelines.

Related Articles: Why the FSO Nabarima Remains an Oil Spill Threat for the Caribbean | Oil spills: A Double-Standard World

At the time of writing, it is unknown who the broken pipe belongs to but it was suspected to be from the Houston-based Talos Energy. Talos Energy didn’t believe it was responsible but nevertheless hired Clean Gulf Associates, a non-profit that responds to and contains oil spills.

It’s unclear just how much oil was released into the water but it is clear that not enough is being done to protect against these kinds of accidents, especially as the climate crisis accelerates. In light of the hurricane, President Biden has called for a “historic investment” to tackle the climate crisis. However, climate activists have also recently called his administration out for resuming oil and gas lease sales offshore.

The construction of oil rigs in hurricane-prone areas has resulted in many oil spills over the past couple of decades and the local ecosystems have paid the cost.

Unfortunately, the links between fossil fuels, climate change and hurricanes are trapped in a vicious cycle, feeding into one another. The production, consumption and accidental spilling of fossil fuels all contribute to environmental degradation, worsening the climate crisis which in turn makes deadly weather events such as hurricanes more deadly.

The Battle for the Amazon Rainforest: Are the “Lungs of the Earth” Collapsing?

The Battle for the Amazon Rainforest: Are the “Lungs of the Earth” Collapsing?