Deal of the Week: Mira Therapeutics, A Tech Solution for PTSD 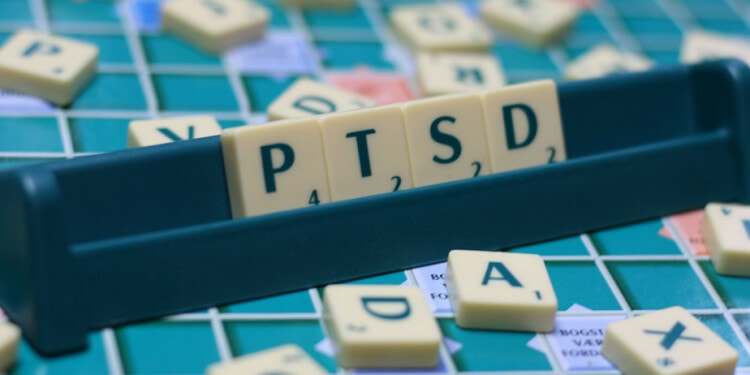 In late March, many were devastated by the news that yet another student from Marjory Stoneman Douglas High School had taken their own life—a full year after the Valentine’s Day tragedy that changed thousands of lives forever. The student had only just received a diagnosis of post-traumatic stress disorder and was suffering from it greatly.

Many are aware of PTSD’s progression from being described as “battle fatigue” and “shell shock” to actually being regarded as a serious mental illness, ever since the American Psychiatric Association added it to their list of mental disorders in the 1980s. However, people tragically assume that now that PTSD is officially recognized for what it is—a crippling mental illness, it is no longer the unmitigated threat that it once was. In reality, the treatment for PTSD is still in its early stages and often people grossly underestimate the scope of the illness and fail to recognize it in others, as well as in themselves.

CJ Internicola is the CEO and Co-founder of Mira Therapeutics,  a startup based in Hoboken, New Jersey. The startup aims to provide a mobile therapy solution to patients suffering from PTSD by creating a set of interactive and easily-accessible grounding exercises that patients can utilize prior to and during flashbacks. Mr. Internicola sat down with Impakter Magazine in order to discuss the issue of PTSD, his treatment for it, and Mira Therapeutic’s plans going forward.

This interview has been edited for clarity and length.

CJ Internicola: PTSD is a dissociative mental health condition. PTSD largely consists of re-living symptoms which are known to most people as flashbacks. Re-living symptoms can also include things like nightmares and essentially experiencing the traumatic memory all over again. There are also hyper-vigilance symptoms which can cause an exaggerated startled response if you touch someone unexpectedly.

They also may feel constantly scared and keyed up. There are also dysphoria symptoms, which typically cause depression or anxiety, often resulting in the changes of a person’s mood. And there are also the avoidance symptoms—causing people to withdraw themselves from situations that could remind them of the trauma and trigger other symptoms such as re-living and dysphoria. People might also avoid their own symptoms by using drugs or self-harm as coping mechanisms.

Typically, PTSD is treated via exposure therapy, which is a kind of cognitive behavioral therapy. So a clinician will put together some kind of treatment regiment, where they will slowly and systematically expose a patient to the things that trigger them and progressively build a normal relationship with the things that they associate with the trauma.

What made you decide to actually tackle this problem?

C. I. :  I began working on this because two of my best friends had PTSD. It’s a problem that I have witnessed for so long in my life, and I was ultimately motivated by my friends to start developing an app that they can use to cope with PTSD on a regular basis. As I developed the app and learned more about the condition and different treatment methods, I started thinking about other technologies and things that can be built to help people with PTSD.

How does your solution work?

C. I. :  My solution for patients is a mobile app, which is essentially a toolbox of different interactive exercises that people can use when they are experiencing various dissociative symptoms such as flashbacks. The exercises are meant to be an easily-accessible solution or tool that people can turn to when they are experiencing PTSD symptoms in order to stay grounded—instead of relying on drug use and other harmful means to cope with PTSD.

The app also includes some other features such as hotlines and it allows the exercises to be built into a conversational interactive voice assistant that the patients can talk to and from which they can receive guidance based on various situations. We are also developing tools for therapists, the first being a dashboard which includes several analytics drawn from the mobile app being used by the patient. And a little bit down the line that will lead to more clinical research and working with virtual reality exposure therapy that will use data points from the app to make personalized exposure therapy experiences for the patient.

When is the expected release of the app?

C. I. :  We expect to launch fully on Android and iOS on August 1st. In the meantime, we are still accepting people who are looking to join the beta.

What was the process behind building the app?

C. I. :  The process, for at least a year, was just building prototype after prototype for each various grounding exercise. We would build each one separately while using feedback and thoughts from our patients in order to improve them. As all of that was happening, we put together a very comprehensive business model and plan that covers the next five years, including a budget. We created a clinical research timeline that captured a lot of the details of what we will be spending money on in order to pursue the end vision: a company that offers digital therapeutics for all aspects of the PTSD treatment.

Essentially the process started with prototypes and small test groups, eventually culminating into the beta version of the app. The beta version is now in testing and after the completion of this phase the app will be eventually launched. Upon launch, the plan is to keep on improving the app and to begin beta testing our first platform for therapists.

What kind of impact have you seen from the app so far?

One of the examples is one person who had a flashback every time they took a shower: knowing that he will have a flashback every time he takes a shower, he was able to start one of the voice-based exercises before going into the shower. Now he can take showers without having a flashback, because with the help of the app showering has been normalized to him.

Road to Recovery: 5 Mental Health Apps to Brighten Your Life

How are your exercises an improvement on traditional treatment methods?

C. I. : With a traditional grounding exercise, a person will have to consciously stick with the exercise throughout the course of the flashback of the dissociative episode which is extremely difficult. Whereas if you have one of those interactive grounding modules that are built into the app, as soon as you activate it, there is a kind of back and forth interactive experience that helps people to stick to the grounding exercises even if they are dissociating more.

How does your app differ from other ones out there?

C. I. : One of the most popular apps, is an app called Coach, by the Veterans Administration, that helps facilitate writing journals and teaches patients grounding exercises. What we are looking to do is to create an interactive, voice-activated mobile companion that actually guides people through these exercises instead of just teaching them how to do them.

What is the next step for Mira Therapeutics and what is the biggest challenge that lies ahead?

C. I. : The next step for us is running clinical trials. We are receiving funding for our first study now. And beyond that it’ll just be a continuous cycle of more product development, more studies, and then partnering with hospitals or private clinicians.

In the cover photo: PTSD. Photo Credit: PlusLexia.com via Flickr.

EDITOR’S NOTE: The opinions expressed here by Impakter.com columnists are their own, not those of Impakter.com.

Disaster Management: Lessons Learned for Communities Near and Far

Regional Integration in Africa: What Does Informal Trade Offer?

I am a student at Stevens Institute of Technology majoring in Quantitative Finance. As a start-up reporter for Impakter, I look to reach out to CEOs of start-ups whose focus is on sustainable developments. My passions are business, technology, and soccer.

Regional Integration in Africa: What Does Informal Trade Offer?