India Repeals Controversial Farm Laws After a Year of Protests

Undoubtedly a victory for the striking farmers - but what will this ultimately mean for the country? 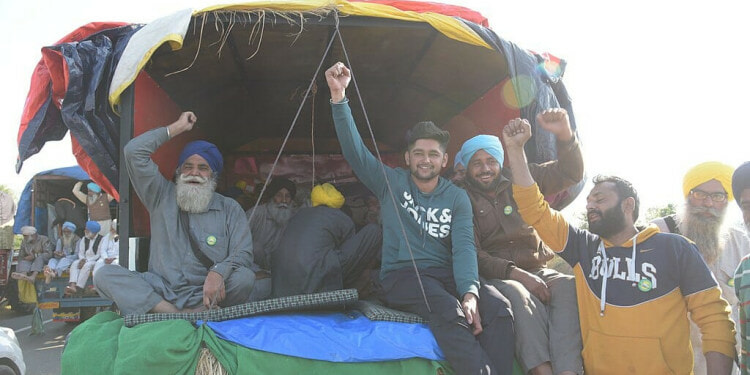 India’s Prime Minister Narendra Modi has announced that the three controversial “farm laws”, passed in November 2020, will be repealed.

The farm laws, dubbed “black laws” by farmers, aimed to modernise the agricultural sector, but were met with a year of fierce protests.

“I appeal to all the farmers who are part of the protest … to now return to your home, to your loved ones, to your farms, and family. Let’s make a fresh start and move forward,” Modi said in a surprise speech announcing the repealing of the laws. This announcement comes on Guru Nanak Jayanti, the birthday of the founder of Sikhism, Guru Nanak.

The laws have drawn widespread protests since November 2020, initially beginning with farmer unions, then leading to a widespread general strike, with hundreds of thousands marching to the borders of Delhi in support. The blocking of roads and motorways into Delhi for months on end led to police intervention, with the use of arrests, water cannons and other methods of curbing protests.

While the protests have been largely peaceful, violence did notably occur in January, when farmers drove tractors through police barricades, leading to the death of one farmer, and several police being injured. Representatives of the protesting farmers told the Times of India that more than 600 farmers and activists have died since the beginning of the protests.

India’s agriculture minister, Narendra Singh Tomar, said on Friday that he was “sad that we were not able to convince some farmers of the country about the benefits of these laws”. He also declared that Prime Minister Modi still had the intent for reform.

Despite the laws’ repealing, farmer leader Rakesh Tikait has said that they will remain at the borders and continue to protest until the laws are officially repealed in parliament.

The Indian agricultural industry, which is largely seen as outdated, Modi hoped to modernise through these measures that would effectively privatise the sector. Agriculture, while employing about 60% of India’s workforce, struggles to be profitable, which leads to poverty for many, and the overarching regulatory system is seen as complicated and inefficient.

The process to repeal these laws will start with the next parliamentary session which begins on 29th November.

Related Articles: Transboundary Rivers of South Asia – The Case for Regional Water Management | India Wants to Double Farmers’ Incomes – and Tackle Climate Change. Is Technology the Answer to This Double Bind? | The huge potential role of BRICS in achieving the 2030 Agenda

The farm laws looked to reform the government’s involvement in the sale of crops from farmers to traders. At present, farmers sell their crops through government-controlled wholesale markets, called “mandis”. These set a minimum support price (MSP) for crops like rice and wheat, meaning that they cannot be bought at a price below what the government itself buys them for.

The laws also looked to allow private sellers to hoard an unlimited amount of crops, which currently only the government is allowed to do, in order to sell them at a later date.

Farmers believed that these laws would lead to big private buyers being able to buy produce from farmers at far lower prices, as well as hoard crops in order to control supply and pricing. In short, this will mean that their bargaining power would be significantly diminished, and give large private corporations ultimate control over the farming industry. This, they believe, will eventually lead to widespread monopolisation.

A victory for farmers, as strongman Modi backs down

Few would deny that India’s agricultural sector is in need of reform. The size of farms is shrinking, the size of the sector in relation to India’s total economy is shrinking, and so is investment in agriculture, just to name a few issues.

But the effect of these laws would have been devastating for the large number of small-scale farmers in the country. We only have to look at the state of Bihar, where these government markets have already been eliminated, to see how this would affect farmers. Farmers in this state have some of the lowest incomes on average in the country. Not only this, but price volatility is very high – meaning small farmers often face very low, even below-cost prices.

Agriculture as a sector in general struggles to be profitable and usually requires heavy government subsidies, so this attempt at so-called “modernisation”, which ties to the belief that free-market based reforms are inherently more efficient than state intervention, seems poorly thought out.

But the decision to repeal the laws is not, as Modi has himself made clear, due to a change of heart. It is much more likely, as opposition MP Palaniappan Chidambaram said in a tweet, that Modi is “impelled by a fear of elections”.

PM’s announcement on the withdrawal of the three farm laws is not inspired by a change of policy or a change of heart. It is impelled by fear of elections!

There are upcoming elections in the states of Uttar Pradesh and Punjab in northern India, an area described as the agricultural “rice bowl” of India. The speech that Modi gave announcing these laws was shortly after a three day visit to these regions. While Modi might have a “strongman” reputation, even he can see that not backing down would be politically damaging for his ruling Bharatiya Janata Party (BJP).

However, it goes beyond political concerns – the sheer mass of protestors, undeterred by the cold of winter and a brutal second wave of coronavirus, proved a clear threat to the BJP government. it is certainly a win for the farmers, and proof of the power of large-scale, organised labour. We could well see even more protests and strikes in the coming months and years, as India’s protests are echoed by large-scale industrial action in the United States. Multiple different factors post-pandemic have convinced workers that they have more bargaining power.

So ultimately, it’s good news that these laws are being repealed, as farmers will continue to be protected from the greatest degree of exploitation by government intervention. But there are still fundamental issues within the agricultural sector. Any movement towards change, it is now ever more clear, should be done in partnership with farmers, who are among those who are most likely to be exploited by any new reforms.

Editor’s Note: The opinions expressed here by Impakter.com columnists are their own, not those of Impakter.com. — In the Featured Photo: Indian farmer protestors. Featured Photo Credit: Randeep Maddoke via Wikimedia Commons.

How To Live Sensibly, But Live Nonetheless with the Dangers of COVID