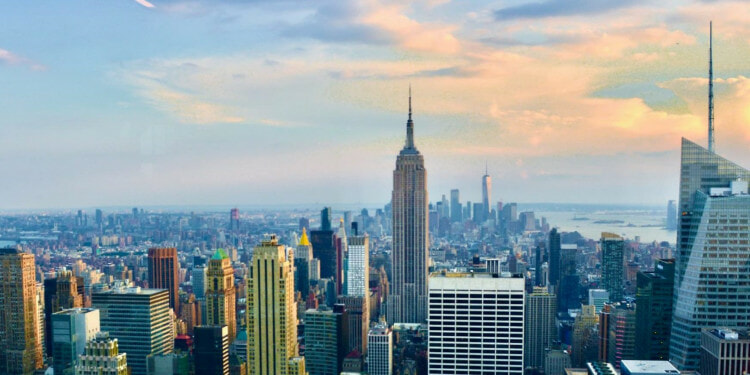 Many discussions and political acts to reduce global GHG emissions demand radical and rapid behavior changes, but what will really be a game-changer for creating a more sustainable future? Perhaps innovative ideas like David Goldstein’s Hydronic Shell technology.

After New York City released the Climate Mobilization Act in 2019 to reduce carbon emissions from large buildings by 80% by 2050, David was trying to help his clients find solutions to meet the Act – only to realize that this would be very difficult with already existing HVAC (heating, ventilation, and air conditioning) systems.

Through his 15 years of experience as a professional mechanical engineer designing HVAC systems, he could come up with a game-changing and innovative idea: existing approaches try to reduce emissions from the inside, which is complicated, expensive, and disruptive to tenants. So why not retrofit buildings with a more efficient HVAC system from the outside? He founded Hydronic Shell Technologies on the 20th of May 2020 to do just that and fast forward a year, he’s already a recipient of the Genius Grant Award by Heatspring Magazine for his revolutionizing idea:

“He won the grant because we admire his willingness to stick his neck out and solve a problem that nobody asked him to solve.” – heatspring magazine

Why is it so urgent to transform the construction industry?

While the transportation sector has got much more attention to reduce its impact on global warming, emissions from buildings have been rising as we’re facing global population growth and a rapid increase in urbanization. According to the IEA (International Energy Agency), “several factors have contributed to this rise, including growing energy demand for heating and cooling with rising air-conditioner ownership and extreme weather events”.

David mentions that he has been in the industry for fifteen years now, but unfortunately, people haven’t started talking about doing deep energy retrofits and electrification, at least not in the U.S. “People have been doing energy-efficient retrofits, but on a smaller scale: improving insulation, putting more efficient light in or upgrading specific parts of the HVAC to get 20-30% savings, but now we’re talking about getting to net-zero for these old, existing buildings … plus getting off of fossil fuels and going towards fully electric buildings.”

The Hydronic Shell would be the first technology that exactly fulfills this net-zero approach, enabled through various different components, which are integrated into a new facade. 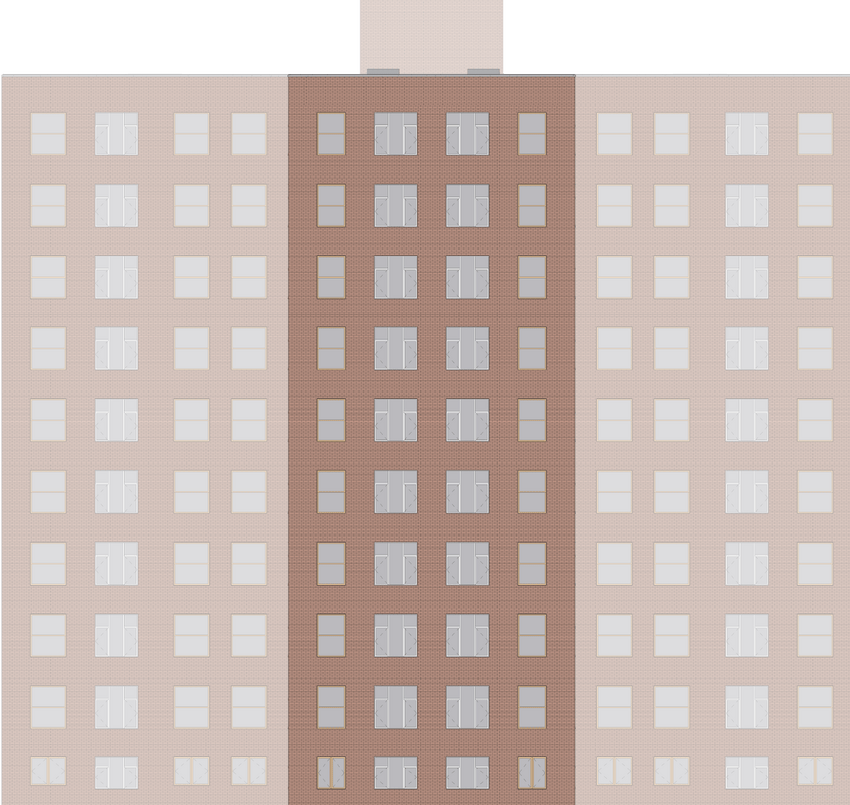 “Many old buildings, especially in the U.S., which were built in the 50s, 60s, and 70s before energy codes existed, have no insulation, poor-performing windows and the envelope is very leaky. Putting a super-insulated shell around these buildings brings those heating and cooling loads down.” As these loads are much lower, the heat pumps of the efficient HVAC system, which is part of the facade, need very mild temperatures. “The way a heat pump operates is the lower the water temperature, the more efficiently it operates. So because the water temperature we need is so low, those heat pumps that are generating the heating are operating super efficiently. The same thing goes with cooling.”  You can click here to learn more.

Putting the super-insulated shell together with an efficient HVAC system reduces the energy use of buildings in the magnitude that we need. The low amounts of energy that will be required by the building will be provided by Photovoltaics (solar panels), therefore making it fully renewable. Find the best professional HVAC specialist like the ones at Air Care Heating and Cooling services to avoid house damage or health risks.

RELATED ARTICLES: Hot Buildings Mean Pain And Poverty. Time For Low-Cost Cooling Solutions |An ESA Initiative That Could Revolutionize Green Buildings |Sustainable New Age: Catalytic Buildings |Listening to Our Buildings: An Interview With BEAD |Can the New US and EU Climate Goals Save the World? |

The indoor environmental quality of old buildings would also improve through a continuous supply of ventilation air and exhaust. “A huge issue that we have with old buildings is that there’s no ventilation. They don’t have any mechanical supply with fresh air. People who live in those buildings get ventilation through windows or leaky envelopes.

That’s especially bad when they’re in a dense urban environment. A lot of these buildings are next to busy highways, there’s tons of pollution. So people are stuck in these polluted environments with no ventilation and it’s actually very well documented that they have much higher occurrences of respiratory diseases and other issues.”

If this wasn’t enough already, David also cares about aesthetics and envisions Hydronic Shell as an opportunity to re-imagine and revitalize buildings by making the facade panel’s design possibilities virtually limitless. “In NYC, we have tons of these old-brick multifamily buildings that were built to be as low-cost as possible. When you walk through those kinds of neighborhoods, a lot of it is public, affordable housing – architecturally it’s depressing. We have the opportunity to completely transform these neighborhoods and make them really beautiful. Each building can be unique, they don’t all have to look the same.”

The next big step for Hydronic Shell Technologies

For now, David is working together with the Department of Energy and various national laboratories, as well as universities to access public funding to work on his basic proof of concept. But that’s not enough. He’s also looking for investors to help him build a prototype for potential future clients.

The biggest challenge now is to scale up this project, which David envisions being implemented by construction industries across the globe, especially in megacities, which have a pressing need to address their immense GHG emissions.

For this to happen, he will need major support in many different areas: “My background is in HVAC engineering, so that’s just one very narrow piece of that big system, and my partner is an architect and she specializes in design technology using digital technology to make the design more efficient, but still that’s just another slice of that whole construction ecosystem. To really make it happen, we need expert input from the entire ecosystem – we need to form partnerships with all those other people even just to make that first prototype. It’s a massive problem but also a massive opportunity. One way or another, it has to be a really big effort from a lot of different stakeholders to make this happen.”

Adding to cost-efficiency by preventing overseas transport, David envisions a local production of Hydronic Shell facade panels across the globe, the innovative aspect of this being the possibility of pre-fabricating the panels in a factory using advanced manufacturing technologies. “What makes it a profitable business is that there’s a huge market need. In NYC alone, billions of sq ft of buildings need to be retrofitted in the coming decades. And just in NYC, they estimate about 20 billion dollars will be spent in the next coming years in retrofitting buildings.”

We need to take innovators like David seriously; people who not only think about what to do but people who know how to do it – who actually take action and work on applicable solutions that will radically change our world to a more sustainable one.

Editor’s Note: The opinions expressed here by Impakter.com columnists are their own, not those of Impakter.com.  Featured Photo Credit: Valerie Schwane Torres

What Is Carbon Lock-in and How Can We Avoid It?

Why we Need Global Cooperation on Border Carbon Adjustment

From Germany and Mexico, Valerie is currently studying anthropology and visual practice in London. She is specifically interested in the diversity of human life, willing to understand different ideas, perspectives and mentalities. In her work, she is committed to helping people’s voices being heard, may it be through writing or visual content, eager to spread the word about game-changing ideas that could shape our future for the better.

Why we Need Global Cooperation on Border Carbon Adjustment