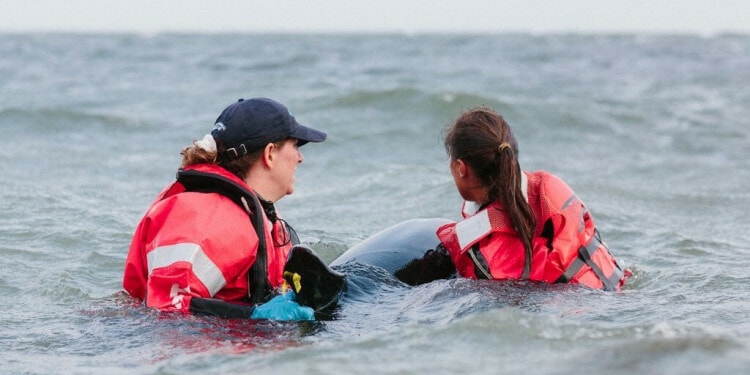 Katie Moore, Deputy Vice President of Conservation and Animal Welfare for IFAW, has dedicated her career in conservation to achieving the maximum impact for all animal species. From the first time she saw a stranded dolphin on the beach off the shores of Beaufort, North Carolina, she knew that she had to take action. Turning away was simply not an option. And for the last two decades, that action has been unwavering, her determination growing only stronger.

Volunteering as a marine mammal rescue responder while concurrently training as a marine biologist, Katie would ultimately go on to run the Cape Cod Stranding Network in Cape Cod, Massachusetts, leading efforts to save stranded dolphins, porpoises, seals, and whales in an area well-known as a global mass stranding hotspot. Eventually, she would oversee one of the most successful marine mammal stranding response programs in the world, responsible for responding to nearly 6,000 field incidents to date and establishing itself as a benchmark for other rescue programs across the globe.

To Katie, critical thinking has played a fundamental role in broadening the scale of the program’s outreach. “If we’re going to drive the biggest impact possible, then we need to learn with each and every rescue we undertake. We must think critically, evaluate effectively, and learn from what we experience in the field.”

Crafting effective leadership skills has also played a pivotal role in Katie’s conservation career. Recognizing that she has become a leader by ‘being led herself’, Katie openly acknowledges the influence of her mother who instilled within her a sense of fairness and the confidence to do what is right. It is this philosophy that has led to fundamental success. Success which includes improving the rescue and triage process for stranded animals through faster response times and better treatment practices; and success through challenging the consensus that individually stranded animals should be euthanized, developing a study that ultimately proved that individual dolphins could indeed survive and reintegrate into a pod. This is the type of impact that has ultimately saved the lives of hundreds of stranded animals. And as the world’s climate challenges have grown ever more fierce and persistent, Katie’s portfolio of impact has also expanded to include disaster response as a trained responder in IFAW’s Disaster Response and Rescue team.

According to Katie, “animals are not immune to the immense stresses and pressures human beings exert on the natural environment. A disaster affects animal populations as profoundly as they do human ones. It is up to us to be there when they need us — to help them return to a sense of normalcy. And that normalcy can be achieved when we put the process of rescue, rehabilitation and release into play. We know we cannot save them all, but I assure you, we will indeed save the ones we can.”

Today, Katie Moore plans the future of IFAW’s rescue and rehabilitation efforts as its Deputy Vice President of Conservation and Animal Welfare.

One critical piece of advice she gives for anyone starting out in conservation or animal rescue work, is simply to “volunteer. Get out there. Show people how hard you can work, how much you want it, and what kind of person you are.”

The other important piece of advice: “Know that you can do it. If you want it, make it happen. Be true to yourself and own your successes as well as your failures. Your actions will speak for themselves and will make you stronger. Saving an animal today can save a population for generations.”

And thanks to people like Katie, the generation that is being saved could very well be our own.

Editor’s Note: The opinions expressed here by Impakter.com columnists are their own, not those of Impakter.com. — In the Featured Photo: A photo of Katie Moore in the ocean with a rescued animal. Featured Photo Credit: IFAW.

UK Environmental Agency Says ‘Adapt or Die’ Ahead of COP26

The International Fund for Animal Welfare is a global non-profit helping animals and people thrive together. We are experts and everyday people, working across seas, oceans, and in more than 40 countries around the world. We rescue, rehabilitate, and release animals, and we restore and protect their natural habitats. The problems we’re up against are urgent and complicated. To solve them, we match fresh thinking with bold action. We partner with local communities, governments, non-governmental organizations, and businesses. Together, we pioneer new and innovative ways to help all species flourish. 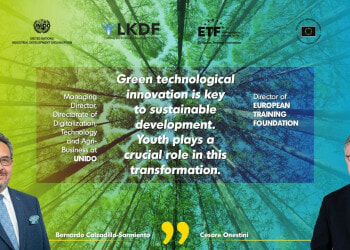 Partnering for Green Innovation: What Role can a Hackathon Play?