What This Means for the Future of Space Travel 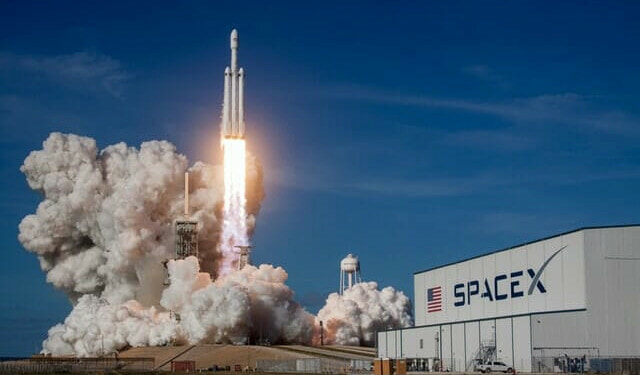 The idea of launching average citizens into space has for a long time been the goal and idea of privately funded space travel companies. For the first time, an all civilian assembled crew has been launched into space on the craft developed by Elon Musk’s company SpaceX.

The mission is called Inspiration4 and on Wednesday night, the first fully civilian crew reached orbit 360 miles up, about 80 miles higher than the International Space Station. They plan to be in space for three days until returning back to earth, landing in the Atlantic ocean off the coast of Florida. However, they can sustain being in orbit for up to a week if weather becomes a problem.

This comes not long after billionaires Richard Branson and Jeff Bezos flew on the first flights of their privately funded space tourism companies Virgin Galactic and Blue Origin. Unlike Space x’s flight, the Virgin Galactic flight only reached a peak altitude of 53.5 miles and lasted about an hour and Blue Origin’s voyage reached a slightly higher  altitude of 66 miles but lasted only 11 minutes.

The crew is mostly made up of average everyday people. They are Hayley Arceneaux acting as medical officer on the flight, a 29-year-old physician assistant at St. Jude Children’s Research Hospital in Memphis; Sian Proctor, a 51-year-old community college professor who would be the first Black woman to pilot a spacecraft; and Christopher Sembroski, a 42-year-old data engineer acting as the mission specialist.

Thank you for visiting our #Inspiration4 crew before their departure to Launch Complex 39A, @elonmusk! 👊 pic.twitter.com/VaOXEH2tMb

The team had to put their daytime jobs on hold for time spent training to experience and withstand G-forces, operating in simulators, and mock scenarios. They also participated in team building exercises like camping in Washington States Mt. Rainier where everybody apparently got along well. This was a good indicator of how they may operate being in a capsule together for three days in space.

This trip is the brainchild of billionaire Jared Isaacman who assembled the team from sweepstakes. He is the founder and CEO of payment processor Shift4 Payments and is a jet pilot licensed to fly commercial and military aircraft. He is acting as the commander on this flight. The main goal of this flight is to raise $200 million for St. Jude’s Children’s Hospital which has a YouTube channel to follow the mission. It is also being covered and updated on various other social media outlets and platforms.

While in space, the crew plans to study how the human body reacts to being in space during the course of the mission. This will be done by tracking ECG activity, running blood tests, and performing balance and perception tests.

Related Articles: Kyzzhibek Batyrkanova, leader of Kyrgyz Space Programme | The Space Mission for Massive Mice: The Fight against Osteoporosis | Our Outer Space Future: Is There a Better Way Out?

This mission is meant to demonstrate that everyday people can participate in a space flight run by a private company. NASA has been on the sidelines when it comes to most space flight, operations and missions in the last ten years as private companies have continued to make great strides.

Missions like this advance future space travel and tourism for the average citizen. Hopefully, the increased use, popularity, and frequency of space flights will bring down the price and as it goes full scale and becomes accessible to everyone in the future, going to space for the day is not going to be any different from going to an amusement park.

Is Cake More Important Than Climate Change in the UK?

Is Cake More Important Than Climate Change in the UK?