No Result
View All Result
Home Future of Europe Series

The EU has a €300 billion maxi plan to mobilize public and private investments abroad, from roads to digital networks, health, green energy and education, especially in Asia and Africa 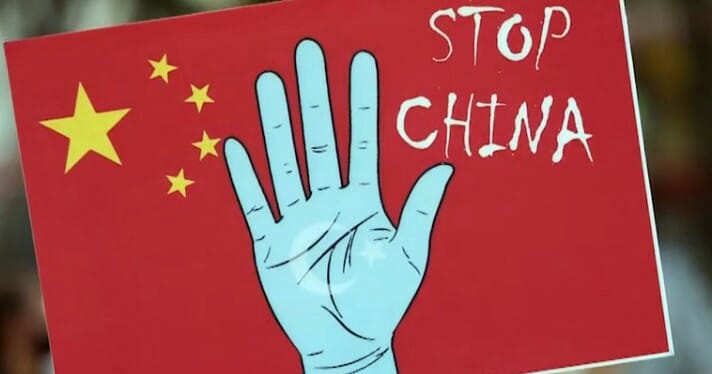 So far, it looked like the European Union was satisfied with its role as a “normative” power, capable of influencing the rest of the world with cutting-edge legislation, notably in the fight against the climate emergency and big tech, taking aim at Google, Facebook, Apple, Twitter. An American university professor Anu Bradford has even written a bestseller about it: The Brussels Effect: How the European Union Rules the World. But on other fronts, Europe found itself squeezed between the US and China, taking the back seat. But now, with the so-called Global Gateway unveiled by the European Commission on 1 December – a 300 billion euro ($339 billion) maxi-plan to mobilize public and private investments towards EU projects abroad – Europe is set to take on the challenge.

The overall aim is clear:  To strengthen Europe’s geopolitical vocation across the world. Observers, investors included, unanimously understood that the Global Gateway was designed to counter the rising challenge from the Chinese Silk Road a.k.a. the Belt and Road Initiative (BRI) launched in 2013 – even though nowhere does the Commission say that is the purpose.

“This ushers in a more competitive era in development aid. The recipient countries will now have an alternative to Chinese money. It is up to the EU to prove that its aid is better,” said Andrew Small, from the German Marshall Fund, in an interview with FRANCE 24.

However, confirmation that this was indeed the plan came as soon as the next day when senior Biden administration officials signaled that the U.S. and the European Union were adopting “increasingly convergent” views on the threat posed by the Chinese government.

A lengthy joint statement by the US Department of State and the European Commission was released pledging “continuous and close contacts” to “manage our competition and systemic rivalry with China responsibly.” This was based on the outcome of six working groups that had started reviewing policies towards China since last May in the context of the U.S.-EU Dialogue on China. This is a continuing effort, the next high-level meeting is planned for mid-2022.

The strategy is the same as the Chinese, building up “soft power” through digital and structural investments. But the method is different: Where China’s BRI has been accused of driving poor countries into debt, Europe will offer a “fair” and “clean” alternative. It is presented as “the European Union strategy to boost sustainable links around the world”.  The Global Gateway “aims to forge links and not create dependencies,” the plan reads.

The EU will offer its partners across the world “a response to the urgent needs to develop sustainable and high-quality digital, climate and energy and transport infrastructures and strengthen health, education and research systems” – in line with the European Green Deal.  And it will “invest in projects that can be delivered with high standards, good governance, transparency while ensuring financial sustainability at the same time.” (bold font added)

The Global Gateway: How it will work

The implementation strategy is based on a “Team Europe” approach, meaning that the EU Commission is involved in executing the Global Gateway plan together with the European financial institutions (the European Fund for Sustainable Development,  European Investment Bank, the European Bank for Reconstruction and Development,  and European member states (their implementing agencies and public development banks).

The Global Gateway will operate mostly in Asia and Africa and will include a vast array of projects negotiated by EU delegates with third countries, from roads to broadband connection networks, from health infrastructures to the production of “green” hydrogen. The EU intends to mobilize €2.4 billion in grants for Sub-Saharan Africa and €1.08 billion for North Africa to support renewable energy, and in particular, the production of renewable hydrogen, which can help meet the EU’s own demand for the green fuel which is expected to grow steeply.

The spending will be spread between now and 2027, with 135 billion euros coming from the European Fund for Sustainable Development (EFSD+). will make available up to €135 billion in investments guaranteed by the External Action Guarantee for Global Gateway projects, in addition to up to €18 billion in grants and a further planned €145 billion in investment volumes by European financial and development financial institutions. Financing will rely on systematic mechanisms to filter out abnormally low tenders, and foreign subsidies that undermine the level playing field.

The aim is to mobilize the private sector as much as possible. This will be achieved in various ways, including through existing instruments for Pre-Accession Assistance (IPA) III, Interreg, InvestEU, and the EU research and innovation programme Horizon Europe.

Perhaps it’s regrettable that the EU Commission is not considering setting up a specific instrument for the Global Gateway as it is well known that the existing ones can only be attained by firms either able to maintain a liaison office in Brussels or otherwise leave their mark on their own national chamber of commerce that will then do the work for them. And that means of course that Brussels funding is usually available only to big corporate firms and whenever smaller ones have to use so-called “consultants” to access the funding, there is a high possibility of misuse.

However, on the positive side, the EU is also exploring the possibility of establishing a European Export Credit Facility to complement the existing export credit arrangements at the Member State level and increase the EU’s overall firepower in this area. The Facility would help ensure a more level playing field for EU businesses in third-country markets, where they increasingly have to compete with foreign competitors that receive large support from their governments and thus facilitate their participation in infrastructure projects.

There is of course a good measure of financial self-interest in this plan: European companies are set to profit from new markets and massive infrastructure projects as well as new raw materials and fuel.

The EU Commission wants to offer an alternative that manages to be both reassuring and attractive, especially when compared to China’s BRI. If China is accused of privileging opaque agreements, without requests for guarantees, Brussels will insist on investments that favor “democratic values ​​and high standards, good governance and transparency, fair partnerships, green and clean, safe and secure infrastructures that will mobilize private sector investments ”.

While the Chinese government has not hesitated to provide loans to even the most economically fragile countries, with the risk of trapping them in debt (or perhaps the aim to do so), the European Commission will give priority to instruments such as grants or otherwise sustainable agreements. “We do not want to leave a trail of debts in third countries,” said the president of the Commission, Ursula von der Leyen.

The Outlook: Can the Global Gateway deliver?

While undoubtedly a more attractive option than the Chinese Silk Road, the Global Gateway’s success is not a given. For now, the EU will be chasing China, coming in where China has left a network of unhappy relations and broken contracts. But not everyone – especially in countries in the hands of autocratic leaders – will appreciate the high level of transparency and qualitative standards set by the EU. Such people, no doubt, might feel more comfortable with the more “pragmatic” and unscrupulous options on offer by China.

But with the new incoming government in Germany, Europe’s hand against China could be strengthened.

“We Europeans shouldn’t make ourselves smaller than we are,” Germany’s incoming foreign minister, Annalena Baerbock, told a German newspaper this week. “China has massive interests on EU market. We should use the leverage of common market much more strongly.”

That of course is precisely what the Global Gateway is intended to do, throwing €300 billion in the arena. How all this will play out remains to be seen – but it is undoubtedly a big step in the right direction for Europe.

Editor’s Note: The opinions expressed here by Impakter.com columnists are their own, not those of Impakter.com. — In the Featured Photo: poster (screenshot from video)

Tips for Creating a Sustainable Lunchbox for Your Kids

Claude Forthomme is a writer and an economist. A graduate of Columbia University, Claude held a variety of jobs before starting a 25-year career at the United Nations (Food and Agriculture), ending as Regional Representative for Europe and Central Asia. She authored many fiction books under various pen names in both English and Italian; she is considered a prime exponent of Boomer literature and has founded the Boomer Lit Group on Goodreads. Her poetry has been included in "Freeze Frame", an international poetry anthology curated by British poet Oscar Sparrow (Gallo Romano Media, 2012).

Tips for Creating a Sustainable Lunchbox for Your Kids