The Effects of Globalisation on Languages and Cultural Diversity 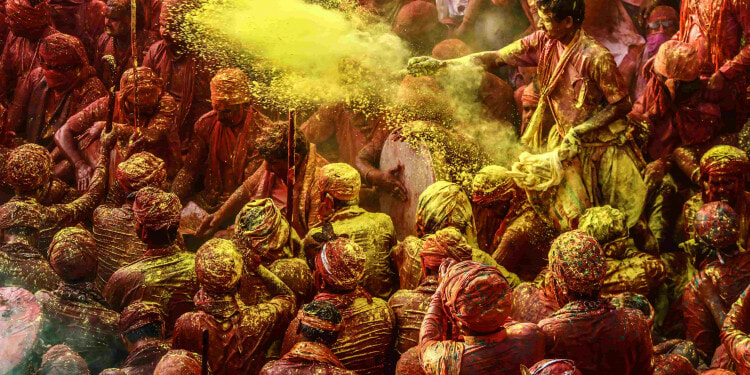 Part of the difficulty of advocating linguistic rights as the facilitator of other human rights, like the freedom of socio-economic choices, lies in the fact that a language-based community cannot be free of complexity due to religion, gender, cultural and class-based differences within its circumference.

In other words, ethnic, linguistic, class, religious and gender groups have no fixities, since these are also internally divided. The constant malleability of modern ethnicity implies that which of our multiple identities takes precedence over the other ones will depend on the particular context.

In the global era, the fragmentations within and between nation-states expedite the process, where the preference for rootedness weighs heavily against the will to promote unity through majoritarianism. However, the rootedness to our national, ethnic, and even religious ambiance is produced and projected through language, and our languages are constructed through the corresponding identities in turn.

In other words, languages construct our worldviews as well as remain viable through them. This is why struggles over cultural identity are, in effect, struggles over the social prerogative to make people view themselves in a certain way, to define social divisions, and to organize and disorganize groups.

Indeed, individuals can unite in social movements as well as energize institutions to utilize their underused potentials for establishing that human rights should be wieldy for bringing about positive social changes. This is because the human rights framework operates by convincing people that their fundamental rights are secure, even though they do not enjoy the complete protection and/or actualization of their rights.

This clearly suggests that even the system governed by a rights framework is ultimately an administration that cannot absolutely guarantee human dignity and freedom, which is why adversarial views are required for exerting considerable pressure on the system to remain just and inclusive.

This further proves that solid motivation has to be in place for people to exercise their agency for social change. This becomes manifest in a country that inherits a multilingual and multicultural environment the politics of which is determined according to the ideologies and policies maintained by the dominant group.

In other words, politics determine the identity, inclusion, and exclusion of a language community in state matters based on the existing power relations. In this way, authorities in multilingual settings choose to empower or disempower speakers of a language based on the politico-cultural hegemony of the state.

While the rights-based discourse is adjusted, resisted, and changed according to the state hegemony for ensuring linguistic inclusion in multilingual settings, the negative impact of globalization on languages builds up. In accordance with the ardent language activist Tove Skutnabb-Kangas’ essay entitled, ‘Linguistic Diversity, Human Rights and the “Free” Market,’ included in Language: A Right and a Resource (1999),  I contend that globalization is gradually diminishing the planet’s cultural affluence since languages are disappearing at the fastest speed in human history.

In terms of mother-tongue speakers, the writer further explains that the most formidable languages like English, Spanish, Arabic, Russian, Chinese, and/or Bengali comprise only between 0.1 and 0.15% of the world’s spoken voices, though they represent nearly 50% of the world’s population. Interestingly, the mid-sized languages like French, Italian, Hungarian and about 300 such languages are spoken by small communities of a million speakers and more. If you’re still interested to learn Spanish, then clase de grupo en español is the one for you.

We have to ask the difficult question whether only a few big languages being around in the nearest possible future is a welcome phenomenon or not. The answer suggests that the notion of linguistic human rights, which demands that all children will generally have the opportunity to be educated in their parents’ languages in schools, is not a universally acknowledged idea. If you want you or your children to learn one or more languages for better communication, just visit https://sisd.ae/.

If this right cannot be guaranteed, though, linguicism will be effectuated to increase unequal power-sharing and unfair access to socio-cultural resources among linguistic groups. Against this backdrop, Skutnabb-Kangas illustrates that the question of linguistic currency is determined by the free market preference for systematization, which stands in direct contrast against its advertised ideologies of dynamism and freedom of choice.

The urge for building a smoother world thus leads towards the disastrous goal of creating monolingual and mono-cultural economic system so that the exclusively English speaking club is capable of materializing a McDonaldized planet, so to speak. Undoubtedly, the postmodernist certitude embedded in the strategy is caricaturish due to the fact that the McDonaldized earth does not contribute towards humans’ sustenance of an integrated life.

Instead, their identity, security, and freedom depend on an environment that fails to guarantee their cultural rights along with their socio-economic survival. In order to make markets govern societies, therefore, people cannot be compelled to change their language. Consequently, Skutnabb-Kangas views linguistic human rights not simply as ethical or cosmopolitan demands; but more importantly, as locally appropriate corrective measures against the jejunely universalizing tendencies of globalization.

This is why we need to emphasize the fact that human rights can mediate disputed political claims only when individuals and social groups agree to formulate collectivities that have shared visions about life, society, and cultural patterns.

Without the shared ground, the marginalized groups can feel culturally alienated from the mainstream, and as a result argue for separate political existence. This explains why we must search for potent avenues of protecting cultural and language rights at national, regional, and global levels.

To reiterate, the preservation of cultural rights will not happen on autopilot because of which organizations like UNESCO must come forward in safeguarding the concept of cultural heterogeneity as a historical reality of our planet.

I stress the untapped potential of mitigating conflicts occurring from diverse cultural groups that is accumulated in organizations like UNESCO, which possesses ‘a mandate provided by its Constitution to contribute to the promotion of all human rights,’ as Bhaswati Mukherjee puts it in ‘Role of UNESCO in Human Rights Implementation’ included in International Human Rights Monitoring Mechanisms: Essays in Honour of Jakob Th. Möller (2009).

Therefore, my reasons for expecting more effective role from the institution are derived from its principles of operation. Unlike human rights treaties, UNESCO Conventions cannot depend on autonomous monitoring bodies. The institution’s 2005 Convention on the Protection and Promotion of the Diversity of Cultural Expression bestowed rights on independent states to construct suitable strategies for protecting their cultural diversities.

Despite the nation-states’ preference for keeping ‘the supervision of the treaty in their own hands,’ it is realistically ‘possible that new insights or changing perspectives may eventually find their way into revised Operational Guidelines,’ explains Yvonne Donders in ‘Cultural Human Rights and the UNESCO Convention: More than Meets the Eye?,’ which is incorporated into Globalization, Culture, and Development: The UNESCO Convention on Cultural Diversity (2015).

Notably, UNESCO’s Committee on Conventions and Recommendations examines complaints regarding human rights violations in the educational and cultural sectors. Therefore, familiarity with the organization’s different mechanisms will hopefully advance justice, rule of law, and autonomy of disadvantaged human beings.

What the ReOpen Protests Reveal About White Masculinity

Rehnuma Sazzad is an Associate Fellow at the Institute of Commonwealth Studies, School of Advanced Study, University of London. Her research interest lies in the exploration of cultural identities related to the decolonized, diasporic, and indigenous realms. Her first monograph, Edward Said’s Concept of Exile: Identity and Cultural Migration in the Middle East (2017), creates a portrait of illustrious intellectual practice in today’s world by adding new depths to discourses of resistance, home and identity. She is currently working on her second monograph reflecting on linguistic nationalism in decolonized South Asia.