The forum concluded with a "Call for Transformation" and a new initiative, RegionsWithNature. 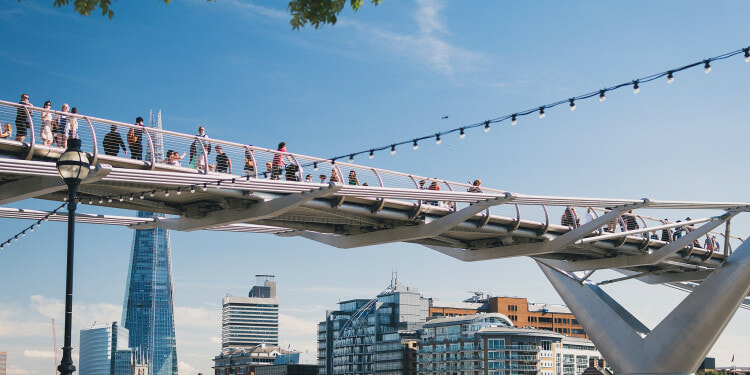 Daring Cities 2021, ICLEI’s global virtual forum on urban climate action, finished last week with closing remarks reflecting upon five days’ worth of discussions. The forum concluded with 2030 Visions Day, which examined what kinds of solutions had been envisioned over the course of the forum, in order to help cities bring about more action in the lead up to the year 2030.

These ideas were achieved under the Daring Cities’ motto of “Knowing More, Acting Better and Leading Together”. In doing so, a “Call for Transformation” was created, for local and regional governments, as well as a collection of the most “daring” practices already being undertaken by cities, in relation to improving sustainability and fighting the climate crisis. Over the course of the week, representatives from nearly 300 local and regional governments attended.

ICLEI’s Secretary General, Gino Van Begin, introduced the speakers of this concluding talk, which consisted of representatives from cities around the world committed to radical action on climate change. Also presenting their conclusions were members of ICLEI, including their Regional Director,  Yunus Arikan, and representatives from the United Nations, such as Martina Otto, head of the Cities Unit of the UN’s Environment Programme.

One particularly important speaker was Natalia Uribe, the Secretary General of Regions4, which is a global network of regional governments who work together to create sustainable developments and improve biodiversity. Naturally, the work of Regions4 is an essential part of the Daring Cities Forum.

Given their work and experiences with the government of Quebec city, Natalia called for a “global biodiversity framework that significantly raises ambitions for national, city and global implementation”, emphasising the need for bold action and collaboration from cities and regional governments. This framework is expected to last thirty years.

Speakers highlighted the progress made by the forum in connecting cities and establishing ways forward in the climate crisis. Frank Cownie, the Mayor of Des Moines, Iowa, U.S., noted that 25 cities had declared a climate emergency and taken serious action in regards to urban development. He stressed the need for other cities to follow suit and take the climate crisis just as seriously. Additionally, he stated that Daring Cities 2021 had created a “roadmap” outlining how to approach the climate crisis, which could expand climate responses to thousands of cities and regions across the world.

ICLEI’s Daring Cities Forum Set to Take On the Climate Emergency in Cities | ICLEI President Cownie on the Challenges and Opportunities That Lie Ahead | Leave No One Behind: ICLEI World Congress Focuses on People-Centered Development

Part of this new roadmap is a new initiative, called “RegionsWithNature.” This initiative was created in partnership with Regions4, IUCN and other subnational governments. Governments in the Yucatan state in Mexico, the Goa state in India, and the Western Cape province in South Africa have already joined this initiative. It aims to create an online space for regional governments to discuss biodiversity goals, as well as gain greater access to resources in order to increase their positive impact on the environment.  “RegionsWithNature ” builds upon “Cities With Nature”, an initiative that has connected 190 cities spanning across 58 countries since launching in 2018.

🔵Find out how to join the session & learn more about the project:

Towards Climate Justice, in the Context of Cities

The results of the forum have been very productive in forging new connections between cities and regional governments. There has also been a heightened understanding of the importance of cities in the fight against climate change and for climate justice.

As Jyoti Mathur-Filipp, the Principal Officer for the Implementation Support Division of the United Nations Convention on Biological Diversity, pointed out, by the end of this global biodiversity framework, the global population will likely reach nine billion. This will mean that 6.8 billion people, or 68% of the population, will live in cities. Therefore, progress made on urban development and sustainability will be crucial in securing a safe and healthy future for the majority on the planet.

Gino Van Begin made Daring Cities 2021’s message clear: “The only way forward is to urgently and collectively reverse this dangerous trend in global warming and drastically re-orient the economic and social patterns of our daily lives, re-design our built environment, align with nature and restore the natural systems in and around our cities.”

The next step for Daring Cities 2021 is disseminating the information and lessons learned from the forum, so that those ideas can be shared during Urban October. Urban October is a month that UN-Habitat has dedicated to focusing on creating conversations about sustainable urbanisation. Looking beyond this, the aim is to present the “Call for Transformation”, and a collection of the most “daring” practices for cities from the forum, at future climate and sustainability talks. These will include the Innovate4Cities Conference, UN25 in the city of Bonn, the G20 Summit, World Cities Day, and at the COP26 summit in Glasgow.

Editor’s Note: The opinions expressed here by Impakter.com columnists are their own, not those of Impakter.com. — In the Featured Photo: Urban Suspension Bridge. Featured Photo Credit: Johan Mouchet via Wikimedia Commons.

Cameroon’s Refugees Don’t Strain the Environment, They Sustain It