Discussions on the Benefits of the New Green Economy 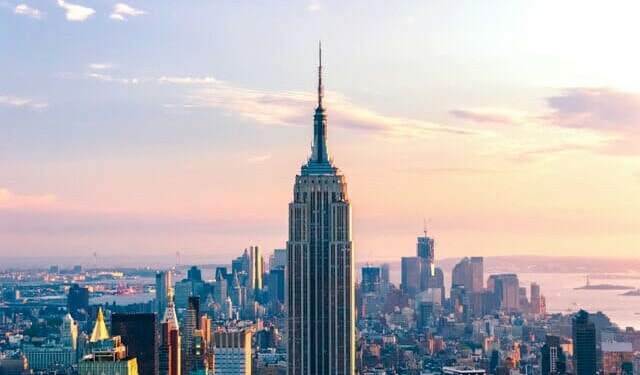 Climate Week NYC is in full effect. This is organized and hosted by the Climate Group. It is a week of panels and discussions led by leaders, scientists, and experts in the climate, governance, and renewable energy fields. This year’s climate week may be more powerful than ones from the past, especially for the American public – largely because of the US infrastructure bill proposed by President Biden. On Tuesday, September 21, many of the Climate Week’s panels were on climate jobs, and more specifically:  A panel called “climate jobs NY”, focused on the upcoming opportunities from the New Renewable Economy and the green energy transition. There was another panel from Europe talking about similar benefits to be reaped from the New Renewable Economy, surveying nations that have done well implementing it in the past – specifically, Germany.

Day 2 of #ClimateWeekNYC has begun! Check out ⁦@ClimateWeekNYC⁩ for the full event line-up and follow ⁦@CanaryMediaInc⁩’s coverage for big updates! https://t.co/u14n0Hewi6

The New York panel was opened with labor leaders speaking on their commitment to green energy and the jobs it will provide for their workers.

It was also joined by educational leaders talking on behalf of early entrance programs into the green energy economy, pointing to the creation of skilled jobs that will reduce racial and economic inequality.

Pete Buttigieg, Secretary of Transportation, spoke on behalf of the advancement and improvement of public transportation and the increase in electric vehicle charging stations that will reduce carbon emissions creating high-paying union jobs to manufacture and install them. This was an important topic since transportation surpassed energy as the number one carbon emitter in the U.S.

Jobs from housing construction and making buildings more energy-efficient are expected to provide thousands of jobs alone from changes like installing more efficient windows and reducing the amount of energy needed for heating and cooling.

Chris Shelton, President of CWA Communications Workers of America, the largest media and communications union in the U.S., reported on his efforts to try and secure the contract for installing G.E.’s offshore wind turbines. The decision has not yet been made over who will get the contract to build the turbines, but there has been a lot of interest to secure these good long-lasting high paying jobs by unions and employers.

Shelton also spoke about improving broadband capabilities and how important it is. This proved to be crucial during the pandemic for people to continue operating, working, and learning despite lockdowns as long as they had a strong connection. High-speed internet is seen as a priority everywhere.

The ideas discussed in these panels are very promising as they suggest that high levels of employment can again be achieved even though the Covid epidemic caused a slowdown and a large number of manufacturing jobs have gone overseas never to return.

John Podesta, former Chief of Staff in President Bill Clinton’s White House, and former counselor to President Obama spoke about how large-scale manufacturing jobs may be brought back to the U.S. in this “green” context, and how important it will be for companies not to be anti-union.

Ali Zaidi, Associate Director for Natural Resources, Energy, and Science for the White House emphasized how manufacturing jobs in the green energy sector will revitalize working-class communities in the rust belt that were so badly devastated when companies switched to manufacturing overseas. He spoke about the thousands of jobs already coming out of the green movement from solar panels to electric vehicles made in America.

While all this was going on, President Biden spoke about the importance of addressing climate change, reducing carbon emissions, and switching energy sources to renewables at the UN General Assembly (UNGA) that opened in New York:

Midday another panel spoke on innovative finance hosted by the World Economic Forum. Discussions focused on ways to overcome deforestation in the Amazon that has resulted from the uncontrolled expansion of farming and agriculture.

They strongly emphasized the importance of corporations and companies sharing information and data on what works and what doesn’t work to reduce carbon emissions and improve farming efficiency. Decarbonizing food production and the ability to scale up food production to feed the world with 1.8 billion people going forward to enter the middle class is a high priority.

The debate addressed the issue of better utilization of land for food production with input from farmers and food producers reporting on their experience about what worked and what did not. They also spoke about the importance of regenerative farming to restore degraded land.

Overall, this was just day two of Climate Week NYC. The day was strongly centered around economics, jobs, and finance related to the New Green Economy. The goal to restore the planet sounded highly promising, opening new vistas on the possibilities of taking advantage of more efficient and sustainable energy resources that provide enough jobs to solve the problems of unemployment.  Restoring the economy by restoring the planet means improving people’s lives.

UK Environmental Agency Says ‘Adapt or Die’ Ahead of COP26

False Climate News in Ads Are Banned by Google