In the face of economic fears, the Chinese President aims to improve equality. But can his promises meet reality? 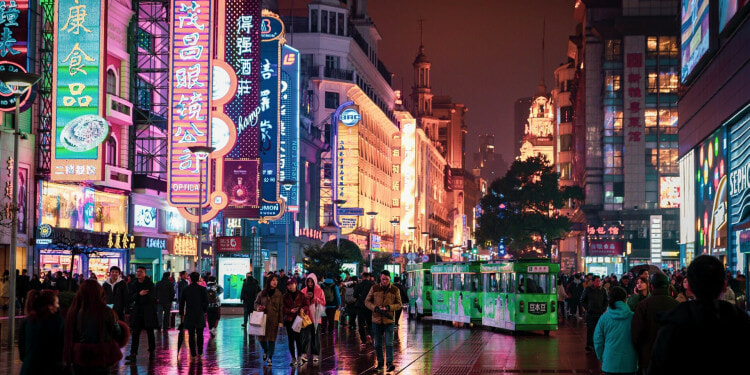 Chinese President Xi Jinping has elaborated on his call for “common prosperity” in China, the belief in greater wealth, equality and opportunity for its citizens.

In an article for the Communist Party journal Qiuishi, Jinping stated that “only by promoting common prosperity, increasing the income of urban and rural residents and improving human capital can we increase overall productivity and consolidate the foundations for high-quality development.”

Xi aims to create a society that comprises a larger majority of people who are middle class, with greater access to education, training, and wealth for all its citizens. He aspires to an “olive tree-shaped” society, with few on the extremes of poverty. Having declared last year that China had eradicated extreme rural poverty, the President pledged to make “substantive progress” on common prosperity by 2035.

The Chinese government is aiming to make access to schooling, housing and health care more widely available outside of the country’s big cities. They are also looking to raise the salaries of civil servants and workers in state-owned enterprises.

Jinping also wants to strengthen regulations on the financial sector, and has already put pressure on some of the largest private companies, including AliBaba and TenCent. They have also cracked down on tax evasion among high earners, which has led to a crackdown on the power of tech giants, as many are now embroiled in anti-trust lawsuits.

The President first made remarks on this topic in August, but this is the first time he has set forward a public plan of action to meet this goal of “common prosperity.”

The term “common prosperity” was first used by Chairman Mao in the 1950s, when China developed into a socialist state, with the idea that cultural and material wealth should be shared by all within society.

Deng Xiaoping, when he became leader in the 1980s, liberalised the country’s economy under the belief that some citizens would have to be wealthy first before others could be. Common prosperity, in his mind, would come later.

Income inequality is high in China. The country has experienced decades of high economic growth, and has lifted millions out of poverty. But even so, its wealth inequality is similar to that of the United States, with a Gini coefficient of 0.48. The top one percent own almost 31% of the country’s wealth.

Inequality is also a global issue. 71% of the world’s population live in a country which has seen income inequality increase. Many leaders are looking for a way to tackle it. President Biden has claimed that trickle down economics “has never worked,” pledging instead for higher taxes on the rich and aid and infrastructure packages.

China has made it clear, however, that it is not following the West. For example, it is not pursuing the European-style welfare state.

Will China’s goal be hamstrung by crises?

Unfortunately, there are obstacles blocking China’s ambitious goals: Evergrande, the country’s second largest property developer, has racked up $300bn dollars in debt. Given that China’s real estate sector has been called the most important part of the world economy, not only will a default likely have global effects, China will be hard hit. However, China’s central bank has described the situation as “controllable.”

On top of this, China is facing a potential shortage of power this winter, and has already seen widespread power cuts. This is due to a number of reasons, including a post-covid surge in demand for power as the economy reopens.

Xi Jinping has already backtracked on his unofficial ban on coal imports from Australia to meet energy demand, and coal and natural gas imports have increased massively over the past month. In the long term, it’s possible that the country might renege on some promises, like an end to investments in overseas coal, and of course, also watering down its common prosperity targets.

However, it’s worth remembering that this target for improving common prosperity is set for 14 years in the future, in 2035. But achieving greater equality and prosperity is certainly going to be a lot harder when the country is facing post-covid crises. That being said, if reducing income inequality is able to improve economic growth, it could be an antidote to many of the country’s systemic problems.