Canadian Sentenced in China: A ‘Bargaining Chip’ in the Huawei Arrest? 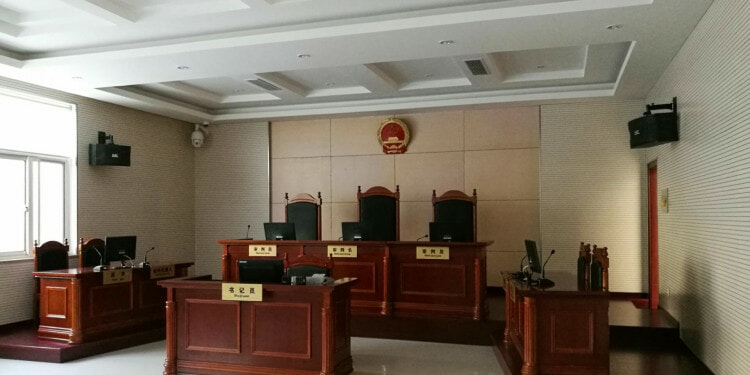 Canadian entrepreneur Michael Spavor was sentenced on August 11 to 11 years in prison in an espionage case, a trial linked to political pressure from China in a push for the release of Huawei executive Meng Whanzou. The conviction of Spavor has been described by the US Embassy in Beijing as an attempt to gain “bargaining leverage,” as China mounts tension on Meng’s trial over trade sanction violations that could see the tech executive extradited to the United States.

Mr Spavor has been accused of passing along sensitive information to a former Canadian diplomat, Michael Kovrig, who has also been detained in China awaiting his own espionage case. The Canadian Ambassador to China Dominic Barton claimed that Mr Spavor’s case “lacked both fairness and transparency,” and the conviction has been met with shows of support from 23 nations, including the United States and Japan.

Meng, the Huawei chief financial officer and daughter of the company’s founder, was arrested in December 2018 in Vancouver International Airport on a warrant from the US. The tech executive was charged with lying to the Hong Kong branch of HSBC about business dealings with Iran, a violation of US economic sanctions. Meng has denied the charges, and Huawei has said it retains full support of her defense.

Both Spavor and Kovrig were detained just days after Meng’s arrest, as the Canadian Embassy noted that Mr Spavor had been held for 975 days prior to his conviction on August 11.

A Chinese court sentences Canadian national Michael Spavor to 11 years in jail to build pressure against the Trudeau Govt over the arrest of Huawei executive Meng Wanzhou who was detained at the Vancouver airport in 2018 at the behest of the US.

Canadian Foreign Minister Marc Garneau said in a statement in March following court dates for Spavor and Kovrig that the detentions are “arbitrary” and that he remains “deeply troubled by the lack of transparency surrounding these proceedings.” This message was echoed by Mr. Spavor’s family, who claimed that the charges against him were vague and that he has had “very limited access and interaction with his retained Chinese defense counsel.”

Related Articles: Is China Living Up to Its Climate Commitments? | Europe under Fire from China: The Montenegro Case

Canadian Prime Minister Justin Trudeau released a statement describing Spavor’s sentencing as “absolutely unacceptable and unjust,” adding that the verdict “comes after more than two and a half years of arbitrary detention, a lack of transparency in the legal process, and a trial that did not satisfy even the minimum standards required by international law.”

Please read my statement on China’s unacceptable and unjust conviction and sentencing of Michael Spavor: https://t.co/HkclGFeWCB

Mr. Trudeau has also sought assistance from US President Joe Biden, who expressed his support for the Canadians in February as he stated that “human beings are not bartering chips.” The President added at the time, “we’re going to work together until we get their safe return.”

Huawei is China’s first global tech brand, and the Chinese government has branded the arrest of Meng as a targeted US attack on its nation’s technology development. Beijing has denied any link between the arrests and Meng’s trial in Canada, although AP reports that state officials and media often mention the arrests of Spavor and Kovrig in relation to Meng’s potential release.

Diplomats from nations including the United States, Britain, Australia, Germany and Japan convened at the Canadian Embassy in Beijing following Spavor’s conviction in a show of support, issuing appeals for the release or fair trials of both Canadian men.

Allegations that Beijing is mounting international political pressure through the conviction of Spavor are in keeping with its recent actions, including sanctions and trade boycotts on numerous countries over disputes on issues of human rights violations and the coronavirus as well as using “human bargaining chips”.

Recently, China has blocked imports of goods from Australia, including wheat and wine, following calls for an investigation into the COVID-19 pandemic’s origins, whilst the United States has warned Americans traveling to China of a “heightened risk of arbitrary detention”.

But China is now ratcheting up its aggressive policies. On August 11, the day before Spavor was sentenced, a Chinese court rejected an appeal from American Robert Schellenberg, whose 15-year prison sentence for drug smuggling was suddenly changed to a death sentence following Meng’s arrest. This saga illustrates a deeply disturbing and increasingly hostile dynamic between China and America, an interrelation that could have far-reaching repercussions.

Editor’s Note: The opinions expressed here by Impakter.com columnists are their own, not those of Impakter.com. — In the Featured Photo: A court room, Peoples Republic of China. Featured Photo Credit: Wikimedia Commons.

Migrant Deaths in the Atlantic Highest Since 2007, as EU ‘Big Wall’ in the Mediterranean Is Avoided

Toward Planet and Species’ Sustainability: ‘A Road Not Taken’?

Toward Planet and Species’ Sustainability: 'A Road Not Taken'?