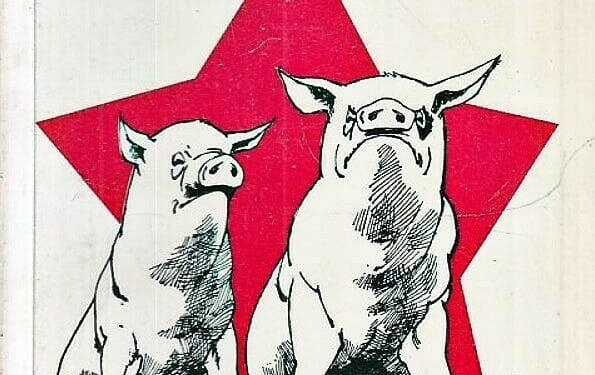 Updated October 12, 2021. After reviewing allegations against the International Monetary Fund Managing Director Kristalina Georgieva that she pressured World Bank staff to manipulate data in favor of China (and several other countries), the Fund’s executive board backed her, declaring its full confidence. However, US Treasury Secretary Janet Yellen told the board that the data-rigging accusations “raised legitimate issues and concerns” and that “proactive steps must be taken to reinforce data integrity and credibility at the IMF,”  thus putting Georgieva and Fund leaders on notice that they must maintain their commitment to upholding transparency in research, analysis and policies.

To paraphrase George Orwell’s “Animal Farm,” all humans are equal, but some humans – especially those helming our global economic future  – have to be more equal than others. Or so it would seem… This observation about our leaders is raised by the unfolding IMF leadership crisis triggered by the “Doing Business” investigation by an independent law firm. It uncovered data manipulation by World Bank staff under the supervision, inter alia, of the current IMF head, Kristalina Georgieva.

In the aftermath of World War II, under the victors’ directions, two formidable Bretton Woods institutions were established: the International Bank for Reconstruction and Development (which became the World Bank) and the International Monetary Fund (IMF).

Both were launched with high purpose and vision to shape the global future and guide us from colossal disasters. In the first case, the goals were to reconstruct and develop, in the latter to assure financial stability in a growingly diverse planet.

Their prestige and importance were to a great degree anchored on stellar reputations. For the first sixty years, the behavior of the leaders of these institutions did not undermine public trust, even if there were disagreements on substance.

However, what we have witnessed in the first two decades of the twenty-first century in terms of some chosen leaders, has not been encouraging. Bad role modeling comes in different forms – occasionally as actions not explicitly bearing on the conduct of their professional responsibilities; in other instances, actions which either directly or indirectly bear on appearances of trustworthiness in fiduciary matters. Some leaders fail on both counts.

A selective look at the record of these two Bretton Woods institutions shows there have been competent leaders who came and left with largely unblemished reputations. But too often this has not been the case.

In the twenty-first century we have the following:

What did we learn from the record of those leaders?

Not much apparently.  The latest crisis was triggered by the data manipulation of the 2018 World Bank “Doing Business” report, considered by many a Bible for investment decisions.

At the time of this manipulation, Kristalina Georgieva the current IMF Managing Director was the World Bank Chief Economic Officer, and briefly held the position of Acting World Bank President. In 2020 the World Bank engaged a law firm to undertake an inquiry into allegations about changes in the People’s Republic of China ranking.

That the changes occurred was not in doubt, but who in Bank management was responsible was the question. After multiple meetings interviewing both the law firm and Georgieva. the IMF Executive Board found that the information “did not conclusively demonstrate the Managing Director played an improper role” and expressed full confidence in her and the IMF staff.

After the Board announcement, the U.S. Treasury Secretary Janet Yellen put Georgieva on notice that she would closely monitor the IMF’s follow-up and evaluate any new facts or findings.

The IMF Managing Director will continue and the annual meetings of the IMF and World Bank will go forward. However, the impact of the current scandal and those of the past are deeply worrying in terms of reputational damage to both the IMF and the World Bank.

In the days and weeks that follow it remains to be seen how and what steps, if any, will be taken to restore the trust and integrity of these institutions. But as long as the leadership selection process is not based on merit but political leverage, it will not provide the kind of assurance needed (apparently then President Trump was seriously considering appointing his daughter, Ivan Trump, to head the World Bank).

Yes, we are all human, we are all fallible. But those who hit the highest spots appear to be more fallible than most. And if they fail to act appropriately,  they must do the “right thing”, namely resign.

Editor’s Note: The opinions expressed here by Impakter.com columnists are their own, not those of Impakter.com. — In the Featured Photo: Image from book cover of Animal Farm by Orwell, Longman Texts 1983 edition

The Presence of Illegal Pushbacks at EU Borders Is Exposed

The Presence of Illegal Pushbacks at EU Borders Is Exposed