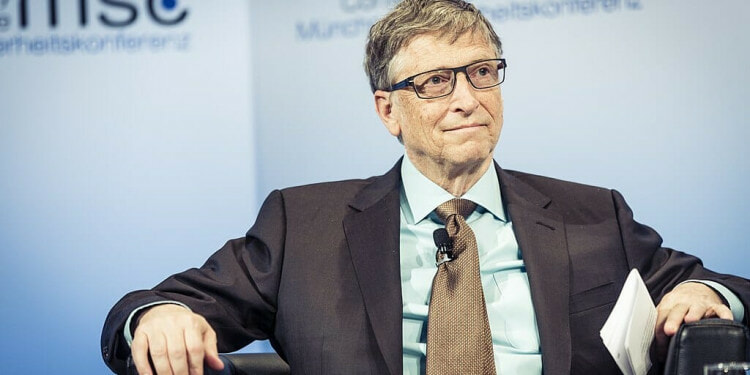 Avoiding a climate disaster will require a new industrial revolution. I'm excited to see @Breakthrough Energy Catalyst announce the first private sector anchor partners who will work together to build the clean industries of the future. https://t.co/93OV0MLUW3

He also stated: “Half the technology needed to get to zero emissions either doesn’t exist yet or is too expensive for much of the world to afford. Catalyst is designed to change that and provide an effective way to invest in our clean technology future.”

The initiative was founded to focus on carbon capture, green hydrogen, sustainable aviation fuel and battery storage. This will be the current focus of operations. Catalyst will provide the initial capital for projects until debt financing or government funds can support them. Funding will start on projects in 2022.

This initiative comes as Biden puts pressure on the private sector to cut emissions by 50% by 2030. It also aims to cut aviation emissions by 20% by 2030.

Related Articles: To Get To Net Zero By 2050, We Must Scale Up Carbon Removal | Planetary Prosperity Means Zero Carbon

This project makes clear how much money needs to be raised in order to transition towards clean energy. The CEO of BlackRock, Larry Fink estimates it would cost $50 trillion to reach net-zero emissions.

Of course, it is not simply a matter of funds. The whole purpose of this investment is to fund new clean energy technologies in order to make them financially viable and sufficiently effective. The four technologies Catalyst focuses on are far from inexpensive at the moment.

It certainly is the case that investors are not always willing to invest in green technologies, because they don’t seem to be as profitable as non-green options. Gates has admitted that he lost a lot of money on battery technology. Part of the challenge of a clean energy transition is where initial capital will come from to fund new projects. This initiative is one answer to that question.

This type of philanthropy is also very much in the billionaire, Bill Gates-style. It focuses on profitability, using capitalism to “do good” by making good causes more profitable and competitive.

Philanthropists, the Public and Private Sector: Can They Work Together to Reach Net-Zero?

It also hopes to help the private and public sectors work together on solutions. The Catalyst initiative hopes to acquire more funds through philanthropists and governments. Some would argue that billionaires have an obligation to help fight climate change, given their wealth and their impact on the planet. But we can also question their motivations, and to what extent they are successful.

Like with other initiatives founded by Gates, investment and venture capital play an important part: the Gates Foundation invests a portion of its funds to companies it has partial ownership of, in order to raise more money for the foundation. The returns it makes in the private sector give the foundation more money for philanthropic causes.

We can raise questions about the ultimate outcome of these investments and promises for the future of clean energy. However, the fact that corporate giants are willing to back this initiative clearly suggests a step in the right direction.