“One of the most significant environmental laws in recent history,” says EPA Chief 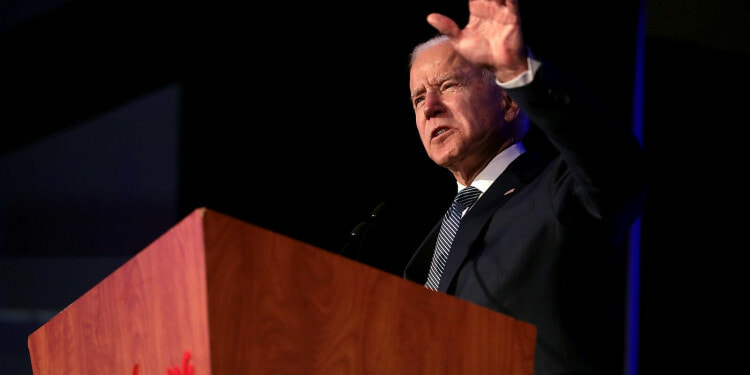 The Biden administration has announced it is initiating a program to curb the production of destructive hydrofluorocarbons, one of the world’s most potent greenhouse gases, in a rare but decisive win for the president’s climate agenda ahead of a crucial United Nations climate conference commencing in fewer than 50 days.

The announcement on September 23 laid out a roadmap for the use of hydrofluorocarbons (commonly referred to as HFCs) to be reduced by 85% in the next 15 years. The EPA will reduce the use of HFCs incrementally, beginning with a 10% reduction next year, attempting to limit the reliance of the greenhouse gas in the making of numerous products including fire extinguishers, building insulation, and aerosol canisters.

The Biden administration is targeting HFCs, primarily released into the atmosphere through air conditioning systems and refrigeration, through import and production caps, cracking down on illegal trade, and managing HFC stocks.

The move is also being touted as a jobs creator by the Biden administration, with $8 million being invested over the next five years to find alternatives to HFC use. At the announcement of the legislation signing, White House national climate coordinator Gina McCarthy described it as “a win on climate and a win on jobs, and American competitiveness”.

“Frankly folks, it’s a very big deal,” said McCarthy, adding that “HFCs are found in a range of appliances and other products, and they are thousands of times more potent than carbon dioxide is in terms of how intensely they warm the climate.”

EPA chief Michael Regan echoed the triumphant message touted by the administration following the signing of the legislation, describing it as “one of the most significant environmental laws in recent history.”

This is enormously important from a direct climate impact and also because it sends a strong signal internationally in advance of COP26. https://t.co/nN1bRRkIL8

Originally developed as a substitute for other chemicals harmful to the ozone layer, hydrofluorocarbons can warm the planet at a rate hundreds of thousands of times greater than that of CO2, and have been the chief factor to the 86% increase in fluorinated gas emissions in the US over the last three decades.

By 2050, the program will cut approximately the same amount of greenhouse gas emissions as three years of pollution from the US power sector.

A White House fact sheet produced following the announcement stated that the new provisions would bring the United States in line with the 2016 Kigali Agreement, an amendment to the 1987 Montreal Protocol that targeted reigning in the greenhouse gas. The US has not formally joined the agreement, despite the president claiming he would send the treaty to the Senate to be ratified after taking office in January of this year.

The move by the Biden administration is part of a campaign to enhance America’s climate credentials ahead of the critical UN climate conference, the COP26, in November.

During his speech to the UN General Assembly on September 21, Biden announced that he would double America’s financial commitment to fighting climate change in developing nations to $11.4 billion per year. The president also introduced a joint agreement with the European Union to reduce methane emissions by 30% by the end of the decade, indicating the collaborative effort that he will be hoping to continue into the UN conference in Glasgow in just over a month.

As pressure is continuously mounting on the COP26 to deliver significant and substantive progress, a clear climate agenda coming from one of the most vital global states will be critical for other nations to follow suit in the negotiations. One can only hope that persistent warnings over the imminent danger of the climate crisis will be heeded at the summit, and tangible, worldwide action will be produced.

Editor’s Note: The opinions expressed here by Impakter.com columnists are their own, not those of Impakter.com. — In the Featured Photo: US President Joe Biden. Featured Photo Credit: Wikimedia Commons, Gage Skidmore