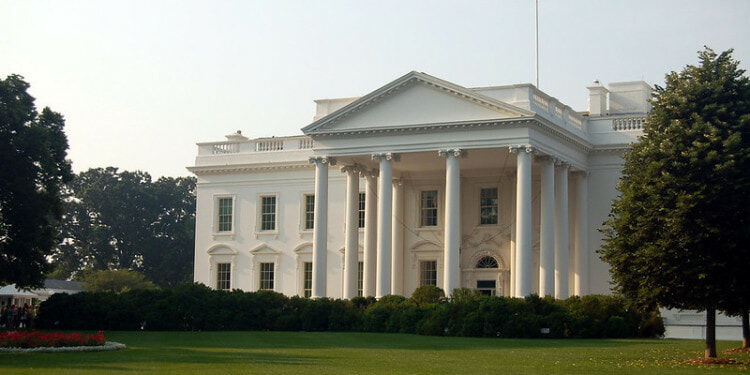 On Friday, November 19, US President Joe Biden celebrated a rare win in a challenging first year in the White House, as the House of Representatives voted 220 to 213 to green light his $1.75 trillion Build Back Better infrastructure spending package and send it to the Senate.

With the other half of Biden’s infrastructure agenda, a bipartisan $1.2 trillion ‘physical infrastructure’ bill, already signed into law last week, Democrats will be hoping to utilise their recent momentum to forge ahead with the passage of the landmark ‘human infrastructure’ legislation.

However, whilst the potential success of Biden’s economic agenda alongside his springtime coronavirus relief package would mark an impressive slate of trillion dollar legislative successes, one that may even upend the narrative of a stumbling White House heading into next year’s midterms, the Build Back Better bill faces an uncertain road ahead in the Senate that could still see it significantly altered.

There remains some ambiguity over whether the Democrats currently have the necessary votes to pass the legislation, and with the issue of raising or suspending the national debt ceiling likely to take priority in the Senate in early December, the passage of the bill may still take some time.

There are several factors that could influence what the final Build Back Better package will eventually look like, but outlining the House’s approved spending package framework gives a good indication of what the bulk of the party is supportive of and the direction that Biden’s domestic agenda has taken.

There are four main pillars of investment: childcare and caregiving, healthcare, the middle class, and climate change. Some of the most significant provisions include:

What parts of the bill are vulnerable?

Whilst Senate Majority Leader Chuck Schumer released a statement following the House vote confirming that the Senate “will act as quickly as possible to get this bill to President Biden’s desk”, there are still some considerable hurdles to clear before the Build Back Better bill is set in stone.

One of the primary factors to the legislation’s likely adaptation stems from the strategy being used to try and pass it. The Senate is currently split 50-50, and only Vice President Kamala Harris’ tiebreaker vote affords the Democrats a majority. With no Republican expected to lend their vote, the Democrats have been forced to get creative in their attempt to progress Biden’s agenda.

Using a budget process called reconciliation, the Democrats will be able to avoid the Senate’s usual 60 vote filibuster and pass the legislation with a simple majority. However, the strategy stipulates that bills must be ‘budget-neutral’ – meaning they will not add to the national deficit over a 10 year period. And despite repeated claims by the White House that the Build Back Better plan is ‘fully paid for’, the nonpartisan Congressional Budget Office (CBO) has disagreed.

In its report released on Thursday, a day prior to the vote, the CBO concluded that the bill would add $367 billion to the deficit over the 2022-2031 period. Some moderates had indicated they would not fully commit their support for the reconciliation bill until the CBO report was released, but eventually only one Democrat joined every House Republican in voting against the legislation.

Alongside a wave of new taxes on wealthy individuals and corporations, the legislation will attempt to offset a portion of its costs through the procurement of $80 billion to enhance the IRS’s tax enforcement capacity. CBO estimates show this would in turn reduce the deficit by $127 billion over the same 2022-2031 time frame – although the US Treasury Department has claimed these measures would actually ‘generate at least $400 billion in revenue’.

The use of the reconciliation tactics may also halt Democrats’ immigration reform and prescription drug price reduction aspirations, as the Senate’s “Byrd Rule” mandates that only spending and revenue policies are permitted. What can be considered legitimate under the budget rules will be decided by the Senate Parliamentarian – an unelected, nonpartisan official advisor of chamber rules.

The legislation will also be subject to a ‘vote-a-rama’, an opportunity for legislators to propose a flurry of amendments to the bill. Republicans may use it to unsettle the proceedings and exert some pressure on the Democrats, who cannot spare a single defector when the time comes to vote. There remains some uncertainty over the party’s unity, and the fragility stretches from the most liberal to more moderate factions of the party.

One of the policies that may be under negotiation is an increase of the state and local taxes (SALT) cap, a measure that steps up the amount individuals can deduct from their federal taxes from $10,000 to $80,000. Among the opposition to the policy is prominent progressive Senator Bernie Sanders, who has stated he would like to see the addition of an income threshold to avoid providing “a large tax break to millionaires”. The Committee for a Responsible Federal Budget has said the move will have an estimated cost of $285 billion.

Washington regulations are not the only obstacles in the path to the bill’s passage – gaining and maintaining the support of the entire Democratic caucus will also be vital the Build Back Better bill’s chances.

Support from Manchin and Sinema, two moderate Democrats, will be vital

One of the most pressing factors in Senate negotiations will be trying to cement the support of West Virginia Senator Joe Manchin. Throughout most of the summer, Manchin has been joined in his resistance to committing full support for the bill by Arizona Senator Kyrsten Sinema, who effectively blocked ambitions by the Democrats earlier in the year to significantly raise taxes on wealthy individuals and corporations to pay for much of the Build Back Better package.

Whilst not a certainty, there are signs that her concerns have since been somewhat smoothed out. In particular, a compromise agreement on prescription drug pricing was found in late October between Sinema and Democratic leadership – an issue the party had been wrangling over for months. The Arizona Senator had originally halted the White House’s plan to allow Medicare to negotiate on drug price reductions, but earlier this month she agreed to a new deal that limits the cost of prescription drugs for Medicare recipients to $2,000 per year, alongside a $35 monthly limit on insulin.

Finding an agreement with Sinema is a strong sign that the bill is moving in the right direction.

However, whilst Manchin has publicly touted the bipartisan ‘physical infrastructure’ bill passed last week, and its $6 billion of investment into his home state, as “historic”, the West Virginian has expressed concerns over the influence that considerable government spending could have upon already-rising inflation. Similar spending concerns from Sinema have already seen the bill tamed from an eye-watering $3.5 trillion to the $1.7 trillion that was passed in the House on Friday, and the necessity of their support may have further impact upon the bill in Senate negotiations.

“Everyone knows that Manchin and Sinema have their concerns, but we’re going to try to negotiate with them and get a very strong, bold bill out of the Senate which will then go back to the House and pass”, said Senate Majority Leader Chuck Schumer following the House vote.

The legislation’s provisions for paid family leave, already scaled back from 12 weeks to 4 weeks, is one of the policies opposed by Manchin, who has said that reconciliation tactics are not the correct way to try and implement the policy and has maintained that he will not budge on the issue. Manchin has carved out significant influence over the direction of the Democratic agenda since Biden took hold of the White House, and paid family leave may not be the only policy he is looking to effect.

Manchin leads the way in donations received from energy sectors in Congress, and according to reporting by The Guardian receives roughly half a million dollars a year in stock dividends from a coal brokerage firm he founded in 1988. Curiously, he has also consistently expressed misgivings over the bill’s measures to phase out fossil fuels – provisions he labelled back in July as “very, very disturbed”.

Clearly, there are a lot of moving parts in the next chapter of the Build Back Better bill, and its final package could turn out in a number of ways. Nevertheless, Democratic leadership has promoted a positive message following the House vote, with Nancy Pelosi stating that “ninety-some percent of the bill was written together: House, Senate, White House. There was some differences at the end, and we will deal with those as we go forward”.

“At the end of the day we will have a great bill”, added the House speaker.

With a desire to see the final bill voted on before Christmas, Senate Democrats’ ability to negotiate the progress of Biden’s agenda over the next month may become one of the most important factors in next year’s midterms. The outlook is already bleak – historically the president’s party tends to lose considerable numbers of seats in midterm elections.

Presenting progress when holding majorities, albeit fragile, will be critical to any hopes the Democrats have next summer. But with the fate of the agenda remaining ambiguous, it would not be surprising to see the Build Back Better legislation scaled back further in the name of cementing support.

Editor’s Note: The opinions expressed here by Impakter.com columnists are their own, not those of Impakter.com. — In the Featured Photo: The White House, Washington DC. Featured Photo Credit: Rob Young, Flickr

Is Wikipedia Furthering Climate Denial and Other Conspiracy Theories? 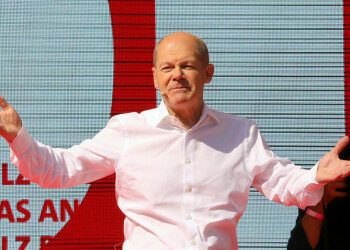